I will never forget March 3, 2016.  This was the day my beautiful baby girl Sofia came into the world.  I knew I would love this little girl more than anything, but I never knew this type of love existed..an  almost obsessive type of love that I know all other parents understand when they see, feel, and embrace their newborn baby for the first time.  Here is Sofia Everly’s birth story. <3 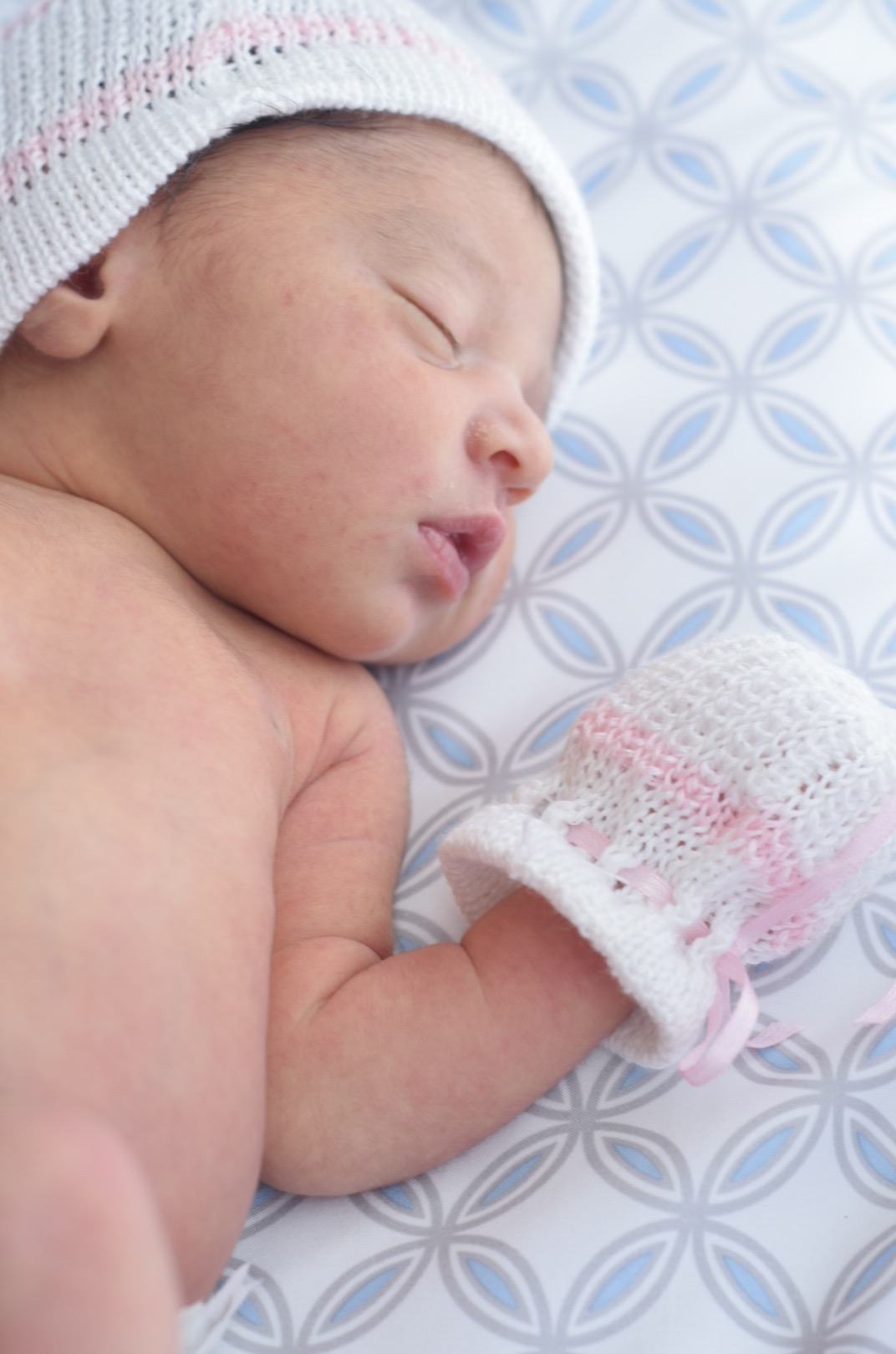 It all started Tuesday March 1st, I was officially 37 weeks and everything was going as planned until I received a call at 2pm from my mom at work; or at least I thought it was my mom.  When I picked up a gentleman answered who was from the Houston Fire Department.  He stated that my mom was in a car accident and didn’t remember anything about the accident..I was in a panic.  He stated that they would be taking my mom to the hospital downtown so I headed straight there.  When I arrived they had started completing multiple tests on my mom while I was contacting her medical insurance, car insurance and my dad to let him know what had happened.  My dad just left the previous Saturday to Colombia and my sister left Saturday as well for a week long trip to Peru with her boyfriend; it was just a cluster of everything coming together.

After a few hours they stated that they found a mass in her brain and suggested my mom stay at the hospital overnight so they could ensure no other problems would occur.  I left a little after 10pm and was back at the hospital the next morning.

After waiting what seemed like a eternity for the Neurosurgeon to see us he finally arrived.  He began asking my mom questions to test her memory and it was hard to watch her get a lot of them wrong. 🙁

He then asked “Mrs. Salinas, did you know you had a brain tumor?” My heart sunk to my chest and I didn’t know what to say or think.  We always knew my mom had issues with her memory, but it was always little things..but this was hard to swallow.  Thankfully the doctor said it was not cancerous, so my mom and I could breath a small sigh of relief.

After grabbing the doctors information and his suggestions for doctor’s to see my mom, we got discharged and headed to the tow truck location to have them transport my mom’c car to the house.  After two hours and a large payment later we left to the house with the the tow truck guy in tow.

After a crazy day I finally decided to lay down on my parents bed to put my feet up.  Right when I did that I felt this large gush of water in my pants..I knew exactly what that was, my water broke.  I ran to the bathroom and screamed for my mom to let her know what had happened and we were both in shock.  I began to cry light tears because I could not believe this was happening; I was not prepared.

I immediately called Diego and I told him my water broke.  I knew at first he didn’t believe me so he said to call the doctor to make sure. When I told the doctor what happened she said “Yup, your going into to labor so head to the hospital.”

My mind was running crazy, I had three more weeks to go until Sofia was suppose to come and these last two days were complete craziness…I have a feeling Sofia could feel my stress level and said “Mom, I am making my grand entrance, so get ready for this cuteness.” 🙂

My mom and I jumped in the car and headed to the hospital in 5:30pm Wednesday traffic.  Luckily, even with the traffic and the hospital right next to the NRG stadium where the Houston Rodeo was going on, we got there in less than 45 minutes…thank goodness.

Diego was already at the hospital when we arrived and checked us all in.  When we got into our labor room they stated I was only 2 cm dilated; over the next few hours they kept testing to see if my water had actually broke and it kept coming up negative.  Diego and I were really worried that we would have to go home.  The last thing you want is to go to the hospital and mentally prepare to have a baby and then get sent home.

Around 10:30pm Diego’s mom came to pick up my mom and bring her to her house to get a good night’s sleep. (the doctor stated she could no longer drive anymore- another craziness of the day).  After my mom had left the resident doctor came in to do one finally check and sure enough she stated,  “Yup girl, you are having this baby by morning.  Prep her for an epidural and labor.”

It was the best feeling, but also extremely frightening for a first time mom.  Labor was always what I was most scared of during my pregnancy and here we were.

Since I wasn’t feeling to much pain with the contractions I told my nurse that I wanted to wait awhile until it becomes  more strong to get the epidural.  Once midnight hit and the pain was getting my stronger but husband decided to go ahead and get it done before the pain got stronger and longer.

FYI, when they say the epidural is amazing they were definitely not kidding.  Once I got the magic juice I literally felt nothing..it was phenominal.  lol

After a quick nap the nurses came to check on me and within 20 minutes I went from being 6 cm dilated to 10+1; this baby was coming and they immediately called the doctor to get her here as soon as possible to help me get my beautiful baby girl out.

The doctor arrived within 15 minutes.  She told me to give her the biggest pushes I could imagine and in 10 pushes Sofia Everly was out.  Diego and I were balls of mush and instantly began crying.  The moment that we have been thinking about for months was finally here..our baby girl Sofia Everly Rojas was born. 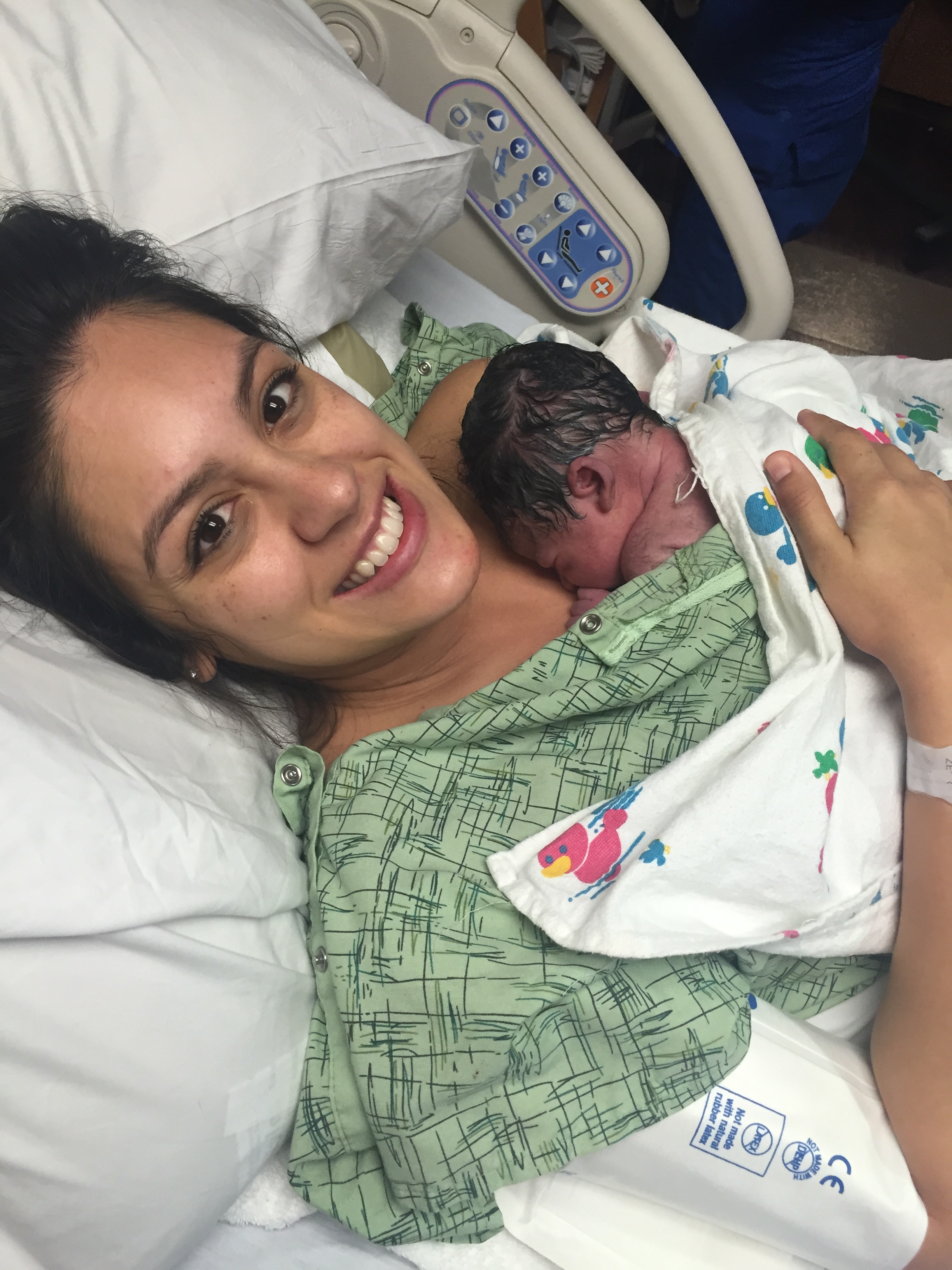 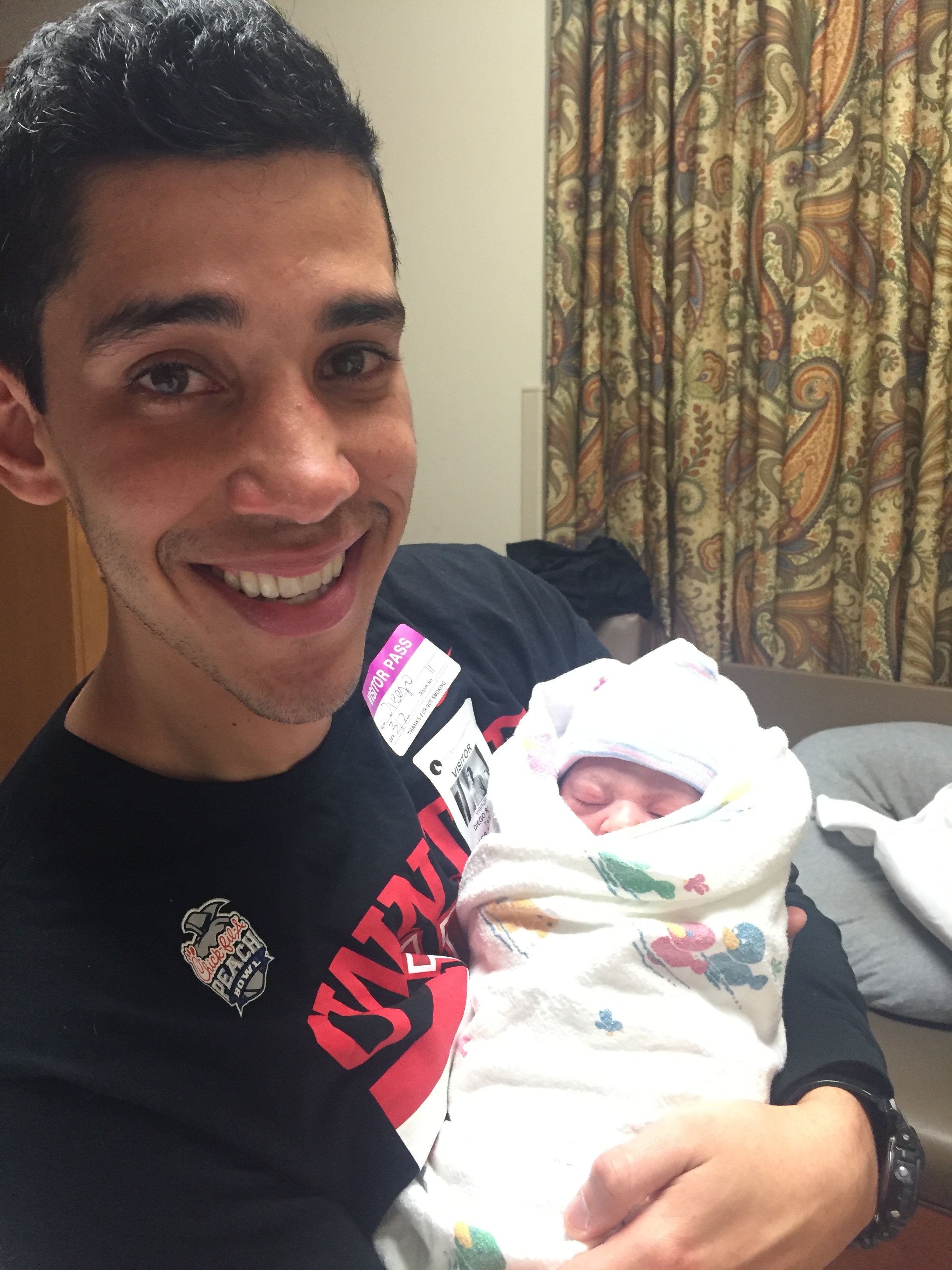 I know people won’t really believe me, but after hearing all the horrible labors that my friends had gone through I was sure I would encounter the same thing.  The fact that my pregnancy and labor was so nice and easy still is shock for me, but a major blessing!!!  When my husband and I noticed this the first thing we said was, “Yup, we are having a ton more children.” lol 🙂

Hopefully we get blessed as much as this pregnancy, but I seriously can not wait to have more children with my husband…even if it means years of sleepless nights ahead of us.  It is totally worth it. 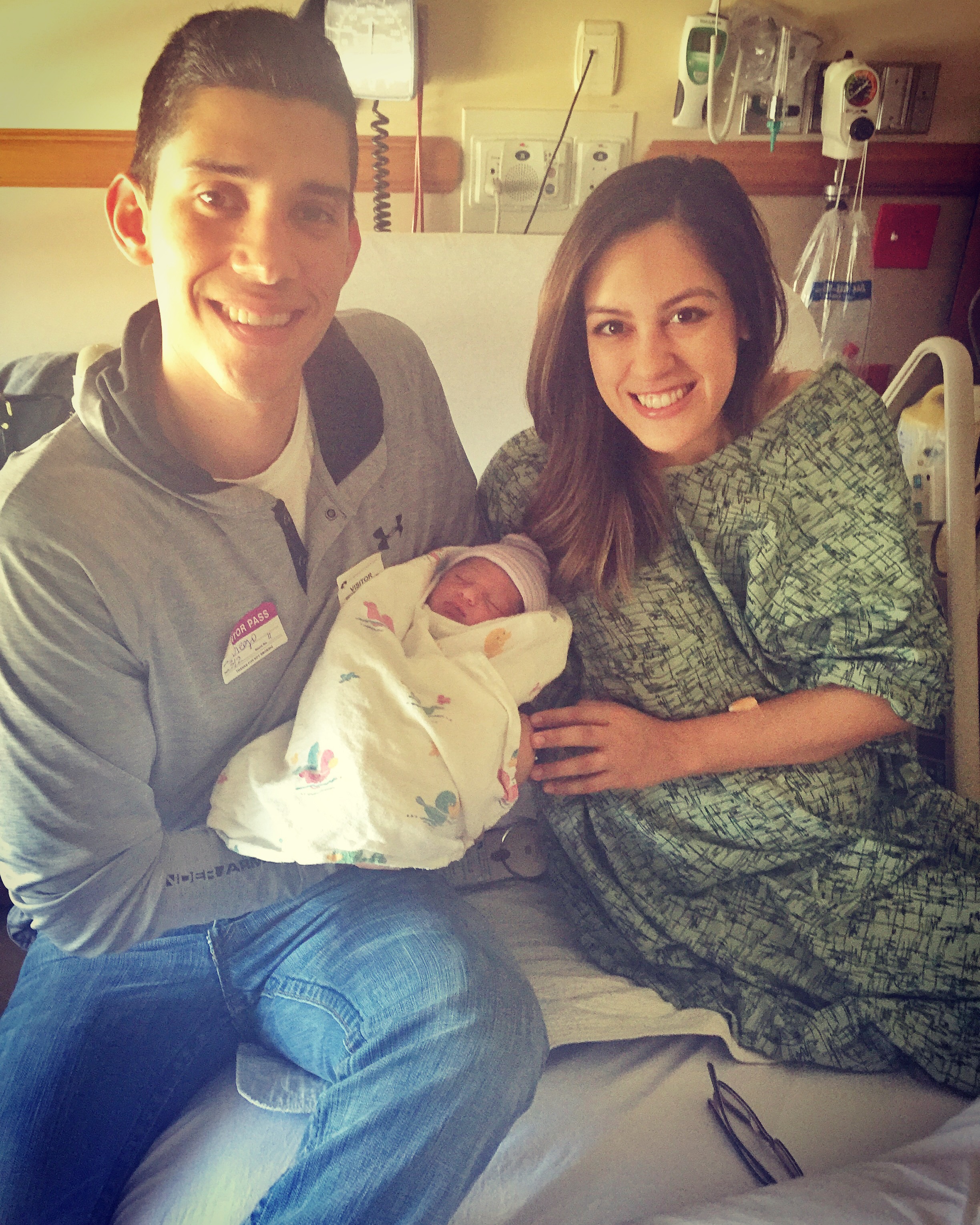 We love you Sofia Everly Rojas!!  To the moon and back, infinity and beyond, forever and ever.<3 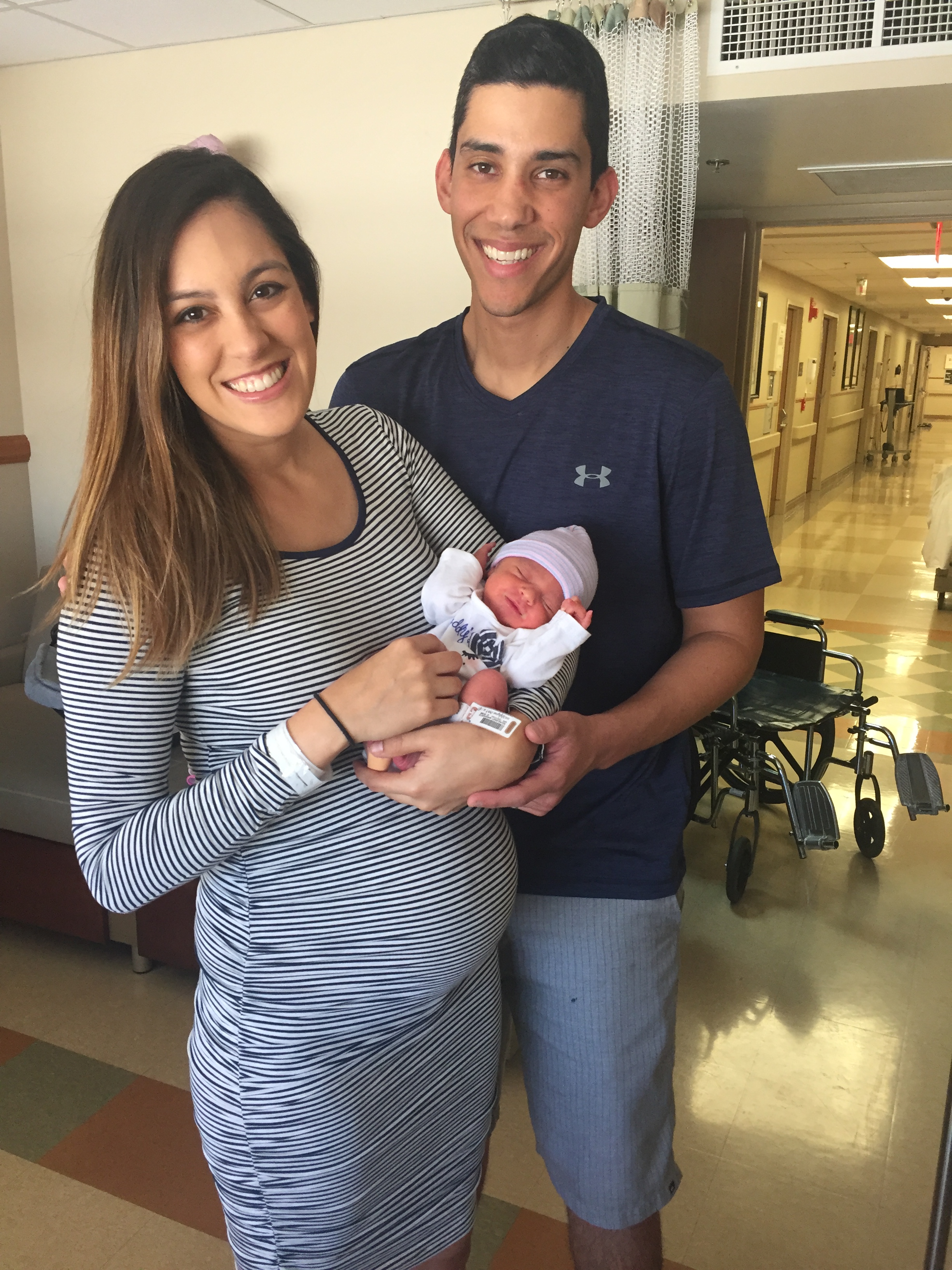 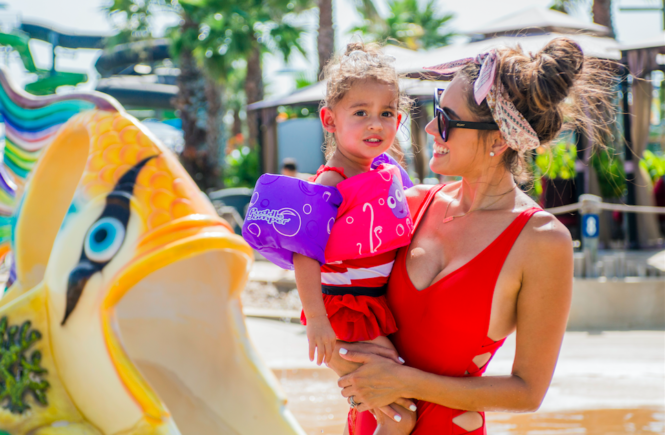 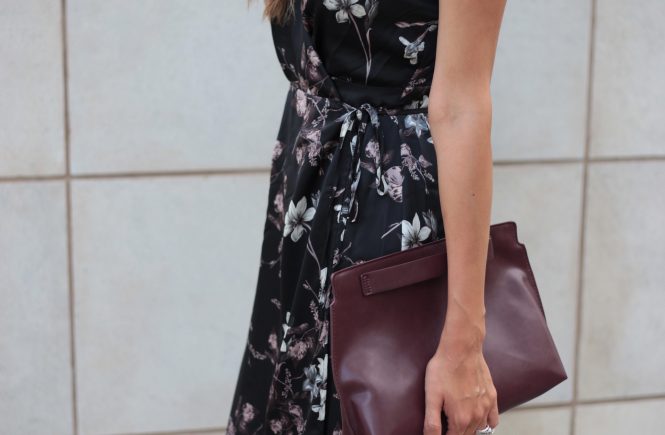 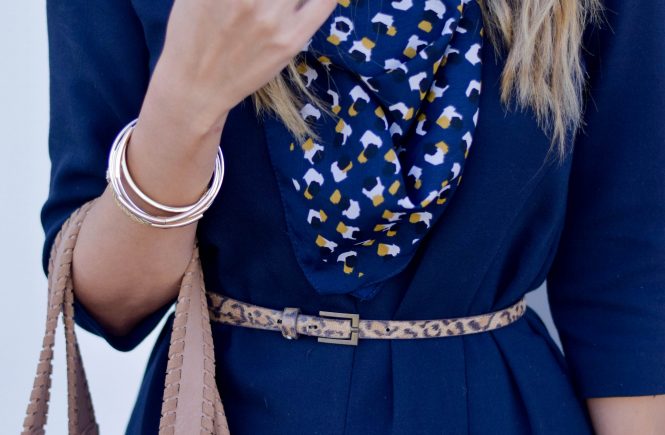