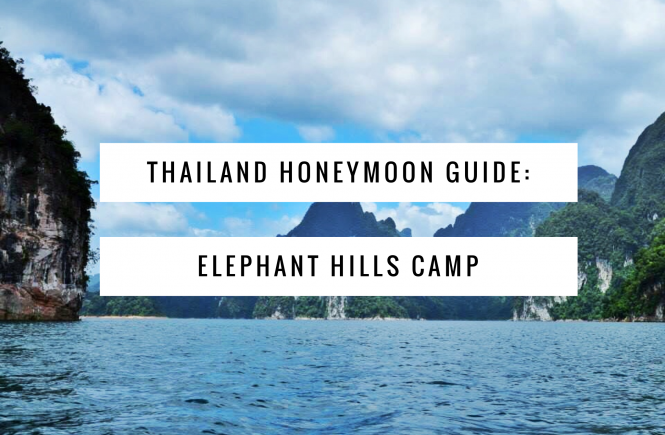 For our second part of the trip we really wanted to do something adventurous, fun and completely different, so when our travel agent from Audley Travel suggested being in tents in the rainforest Diego and I were all about it.

Day 5:  The moment we got off the plane in Phuket we were met by the Elephant Hills team and transferred to Khao Sok National Park.  The site where we stayed was amazing because we were literally in jungle, surrounded my tall, magnificent mountains, lush green plants and animals galore. The company is the first luxury tent accommodations in Thailand that give you all the amenities that you could want, except running a/c; that’s the whole fun of it though right? lol  We did have a small fan though. 🙂 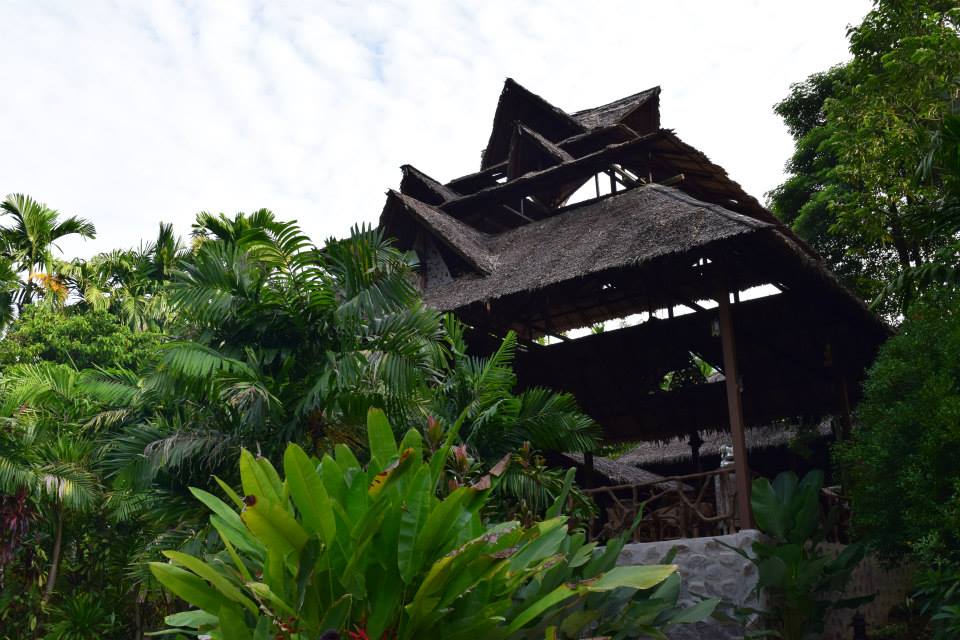 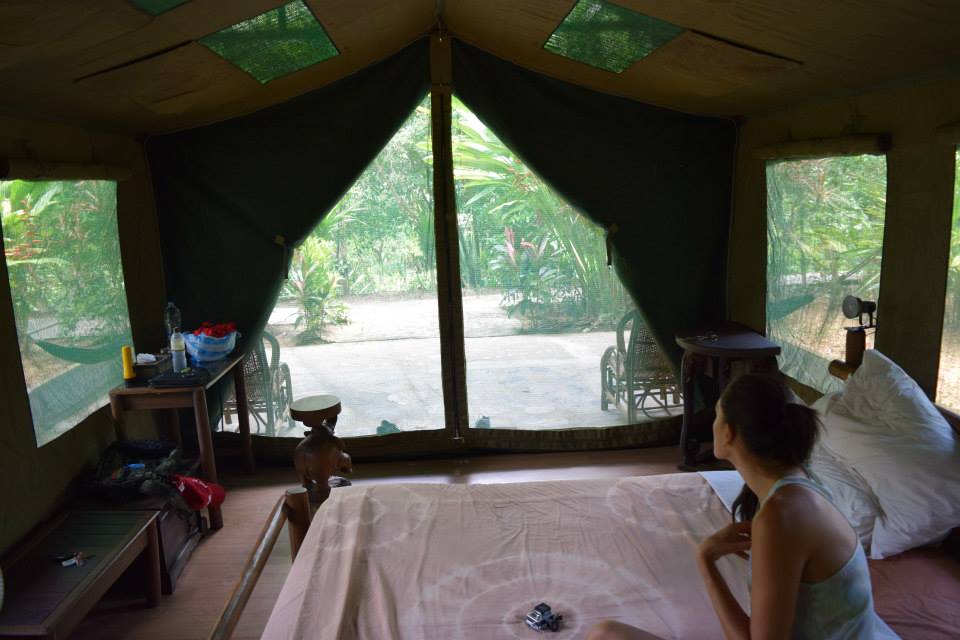 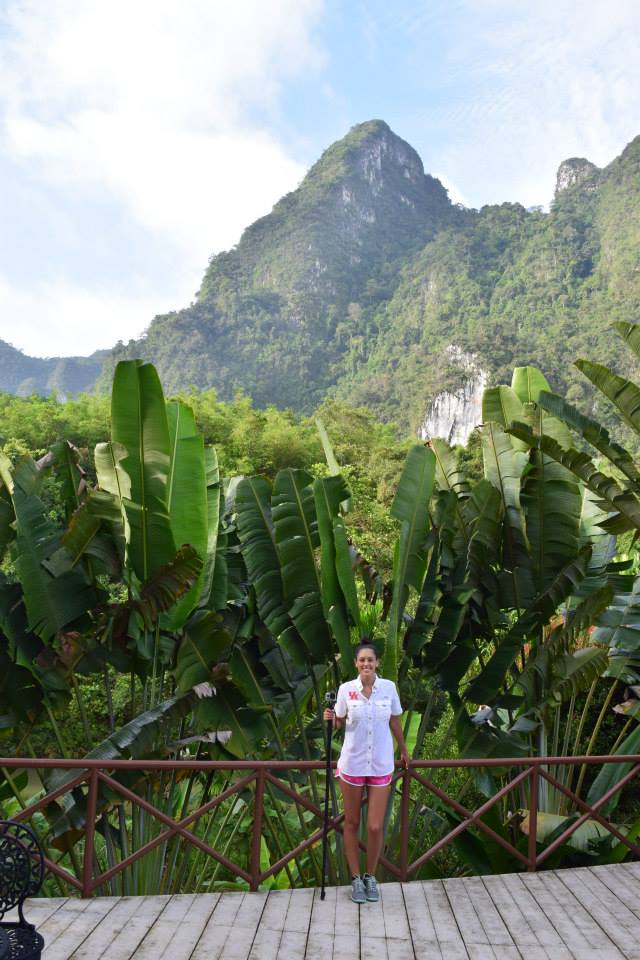 After we got settled in and had lunch at the camp, Diego and I went on our first tour of the day with the rest of the people that were staying on the camp resort with us.  It was great because 80% of the people that we met were from Europe, Australia and New Zealand and one other couple from the US.

They dropped us off a the river to hop onto some kayaks and made our way down to go meet some of Thailand’s largest mammals, the Elephant, and learn a little more about the work that’s involved with taking care of them.  It was so fun because not only did we get to see them play and swim, but we made their food, fed them, and even bathed them.   A lot of work to say the least. 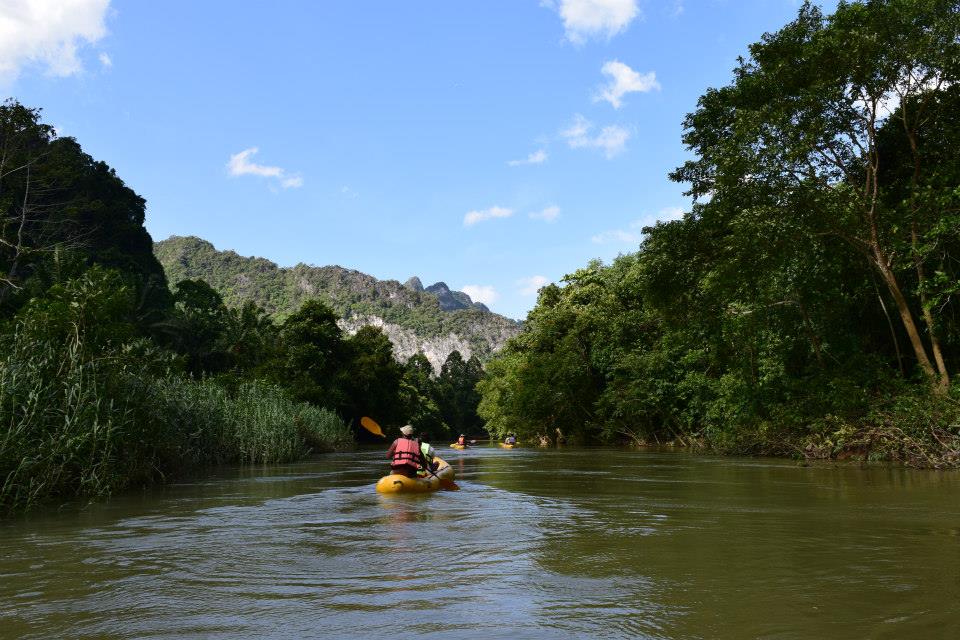 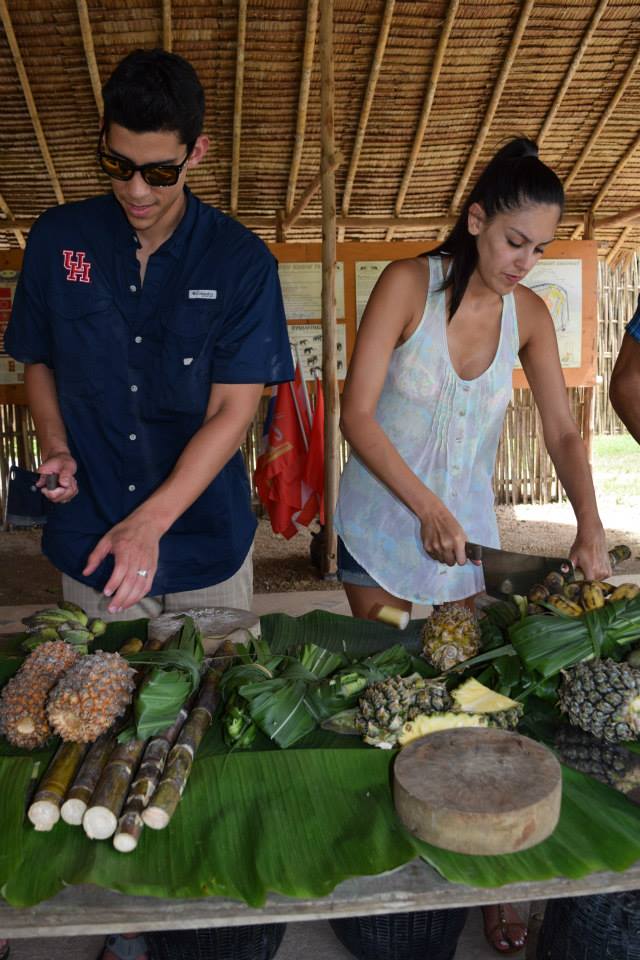 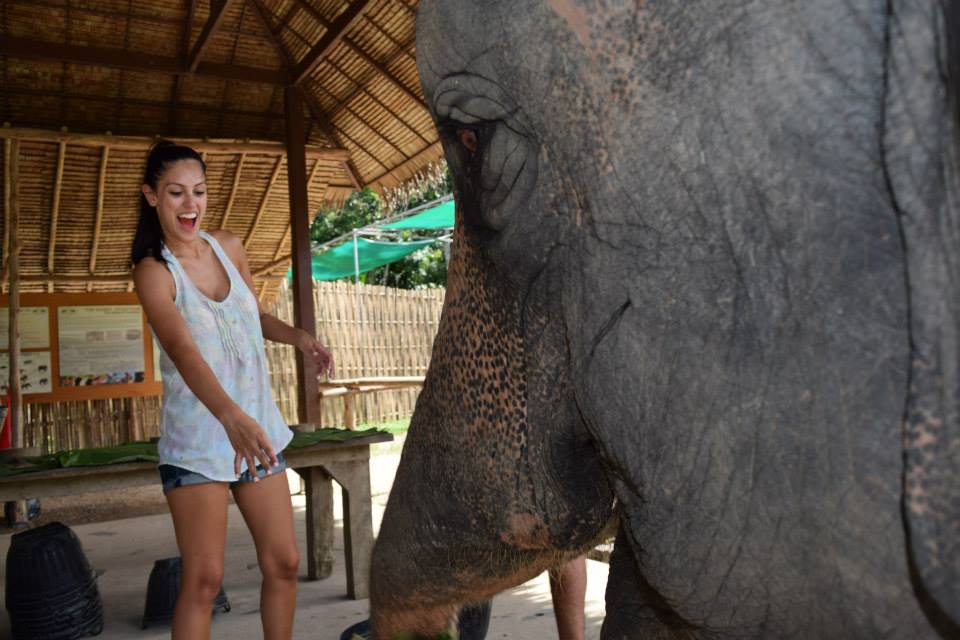 Day 6:  We transferred to the Cheow Larn Lake today where we took a small boat taking in the scenery, because it was nothing short of spectacular.  Once we were coming up to our final destination it was so cool to see the we were staying on luxury tents over water.  Here we got to enjoy the tranquility of living remotely, to a certain extent, and search the jungle for some of Thailand’s illusive wildlife like gibbons,macaques and the rare hornbill!  We felt like such explorers. 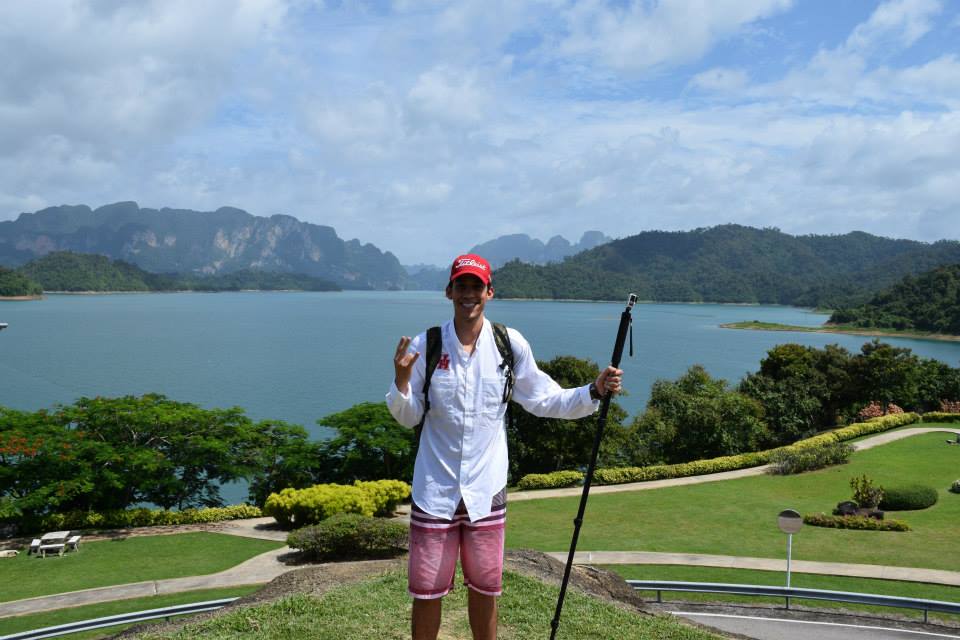 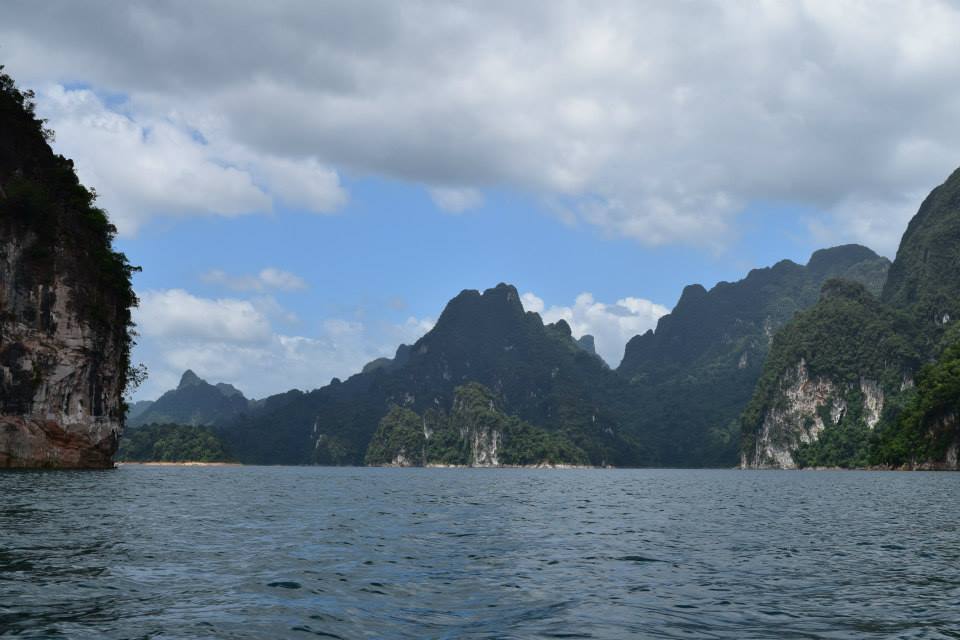 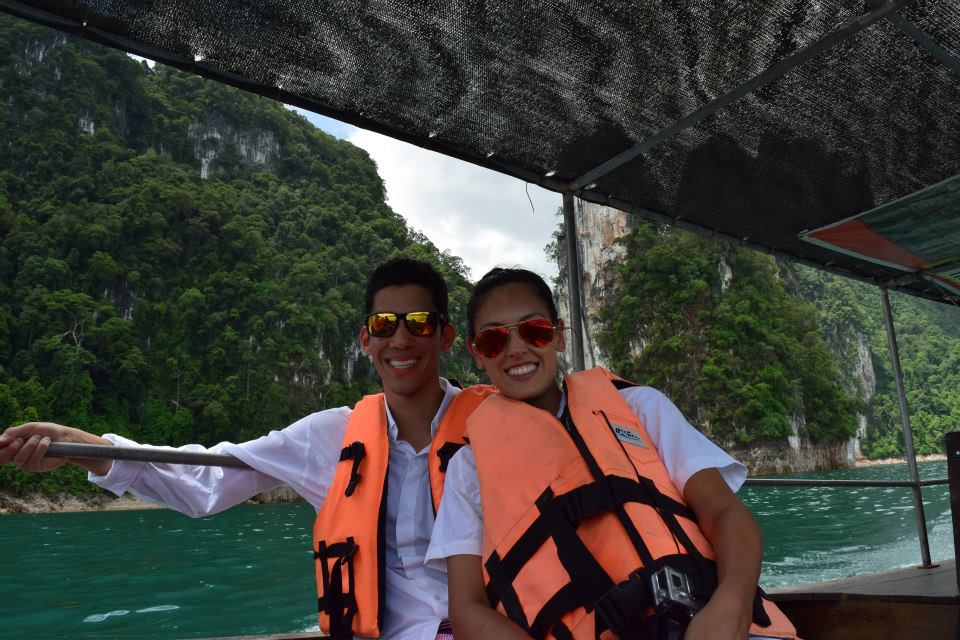 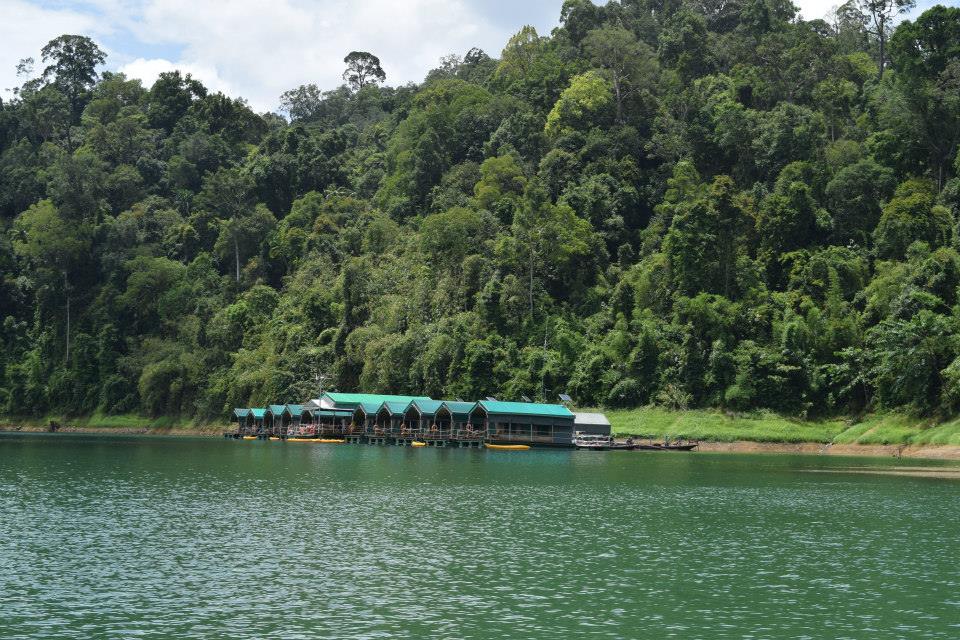 After getting settled and eating, the guides had set up an afternoon activity that involved a kayak trek.  It was so much fun because during this we saw tons of monkeys of all different shapes and sizes jumping from tree to tree; it was like they were performing a show just for us. 🙂  After kayaking for almost 2 hours we were all exhausted and trying to get back to our tents as soon as possible to just relax our arms. 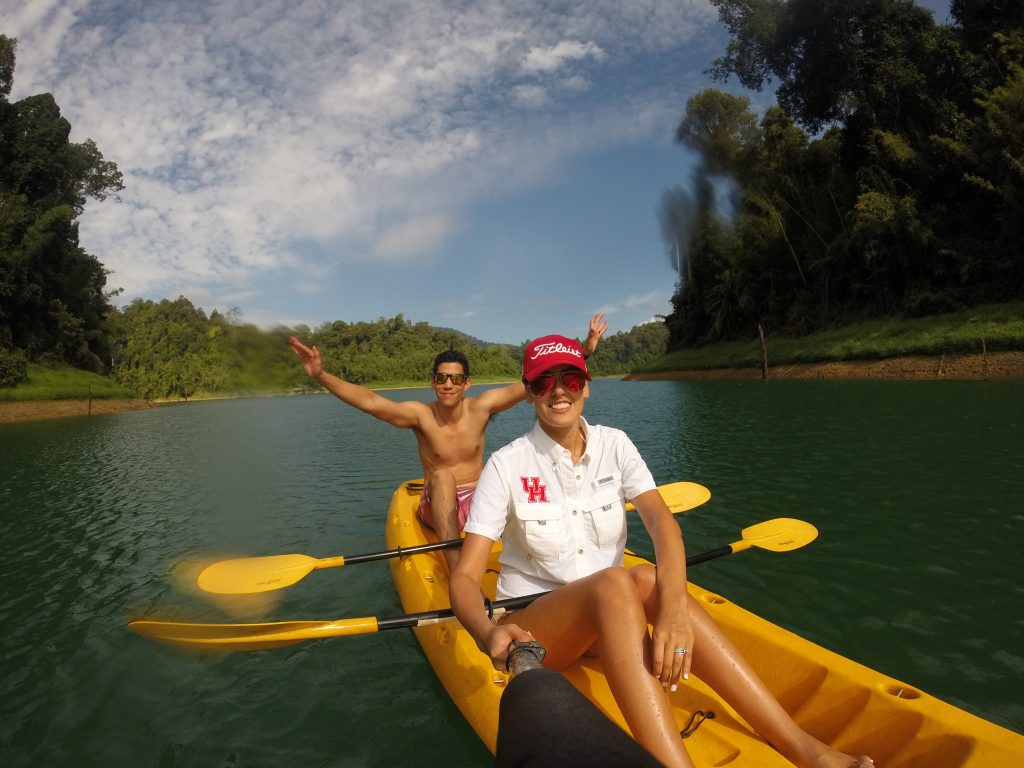 So, a few fun and important notes if you ever stay here or somewhere similar is to know that you will not get a lot of sleep.  For the simple fact that you are over water and in the jungle will definitely be the biggest clue, but there will be constant noises coming from everywhere when you sleep that unless you’re a heavy sleeper it will keep you awake.

I remember the first night getting woken up so abruptly because  the monkeys were doing their morning chants and they did it based off the sun rise.  So it would start behind our tent and as the morning continued they would start on the adjacent islands to the sides of us and in front. It was really cool to see nature in its truest form.

Another is be prepared to see big bugs or even snakes, because that is exactly what we saw all that night.  It had started to rain and we were all finishing dinner when the brothers of this Australian family came running back from their tent saying there was a snake on it.  Oh man, if you could have seen my face!! lol  I literally could barely sleep this night, and mind you this was also the same night the monkeys had the beautiful morning chant. 🙂 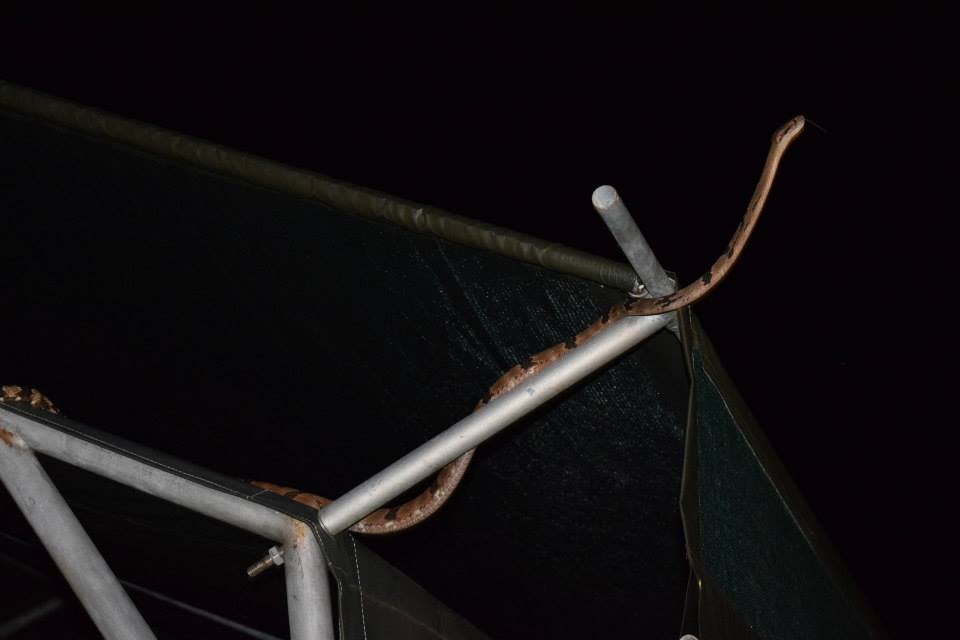 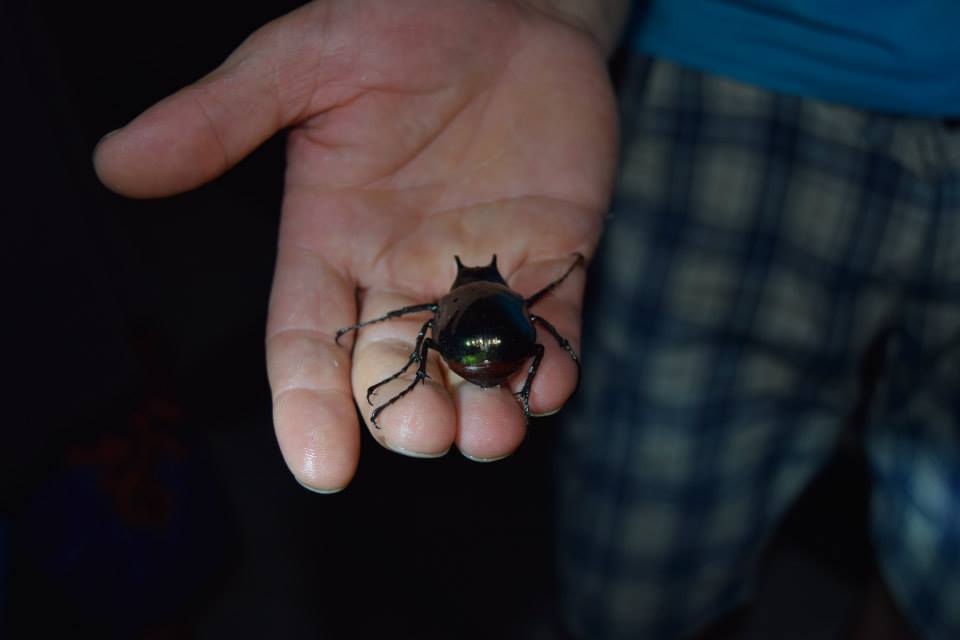 Day 7:  This morning was our last day at the camp and we had a few ours at our leisure to do whatever we wanted to do.  Diego and I swam in the lake, fed fish with the rest of our group, and relaxed before enjoying a farewell lunch and returning to the mainland where we then got transferred to Khao Lak for some well deserved rest, relaxation and romance at our hotel the Sarojin. 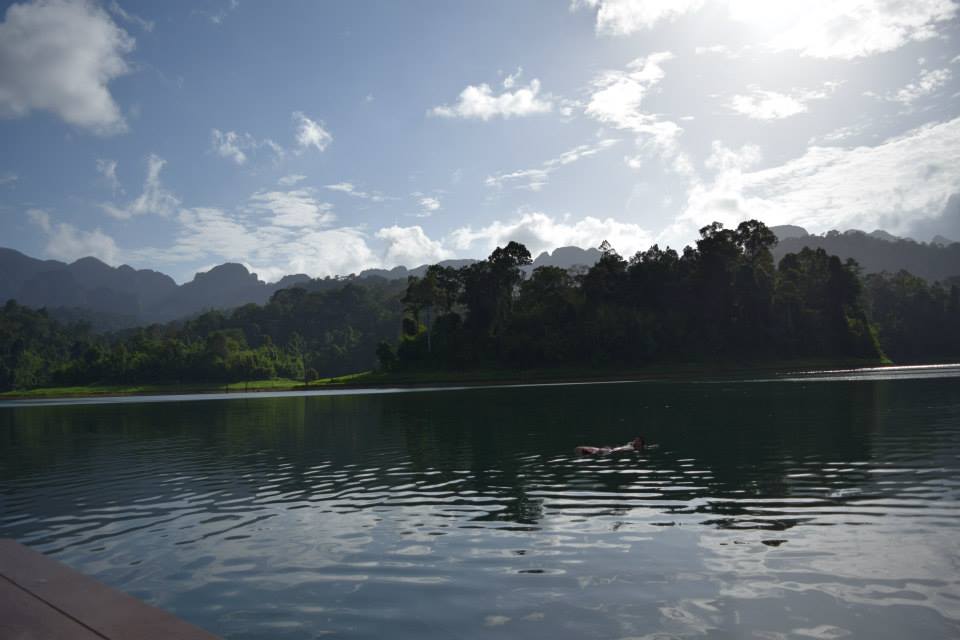 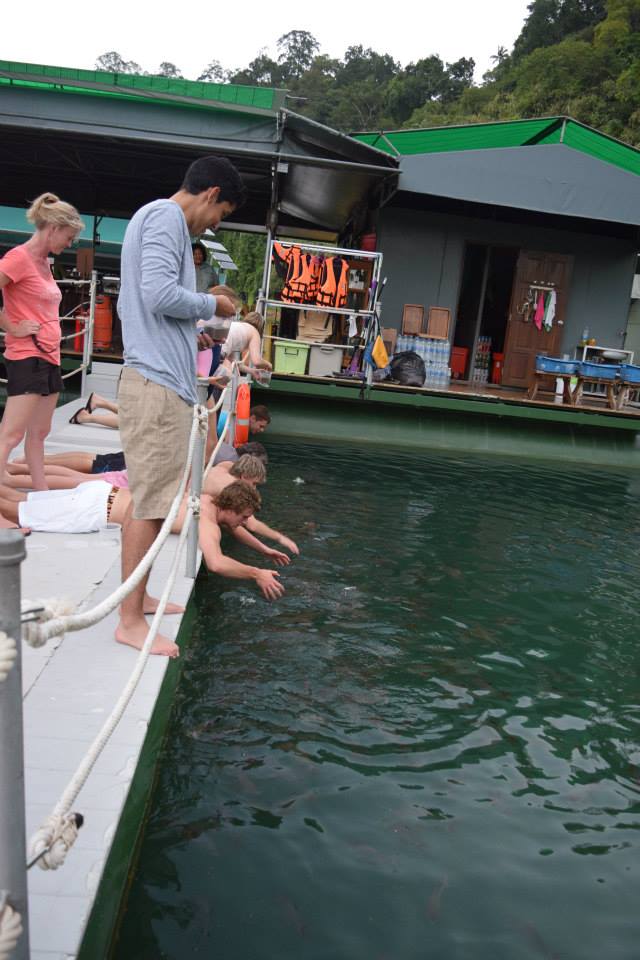 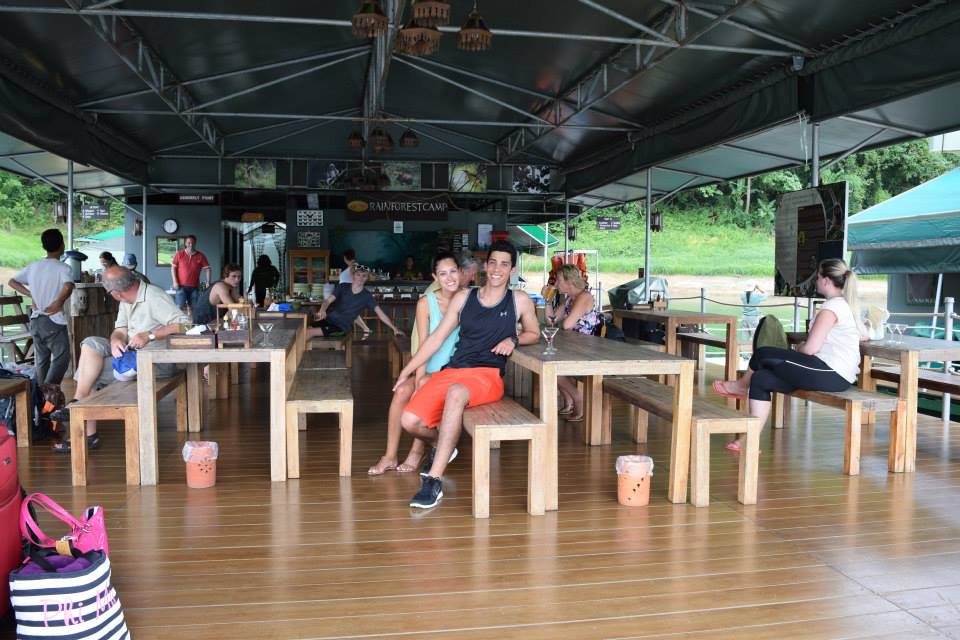 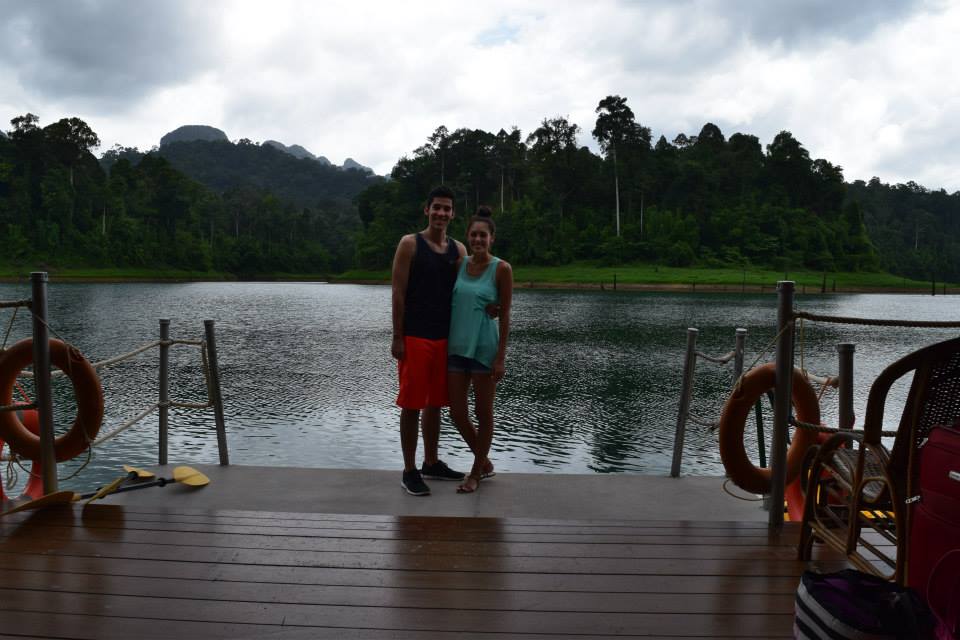 Head back tomorrow to see the final part to my Thailand Honeymoon Guide Series, a video from our trip and the company that made it all possible.  🙂 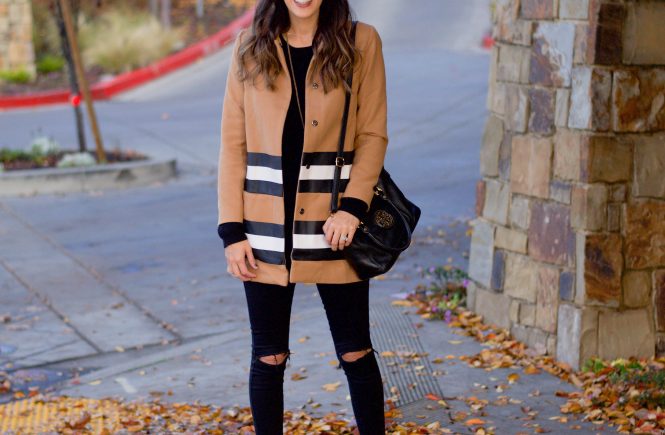 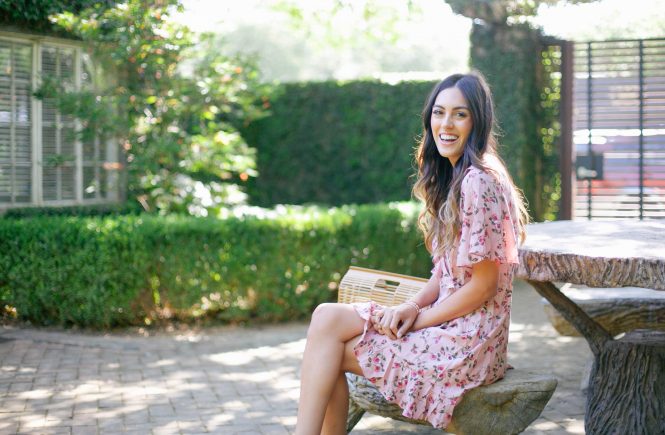 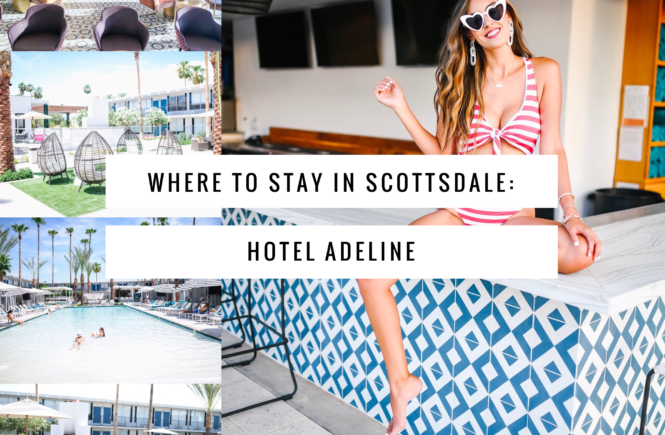 Where To Stay In Scottsdale Arizona: Hotel Adeline