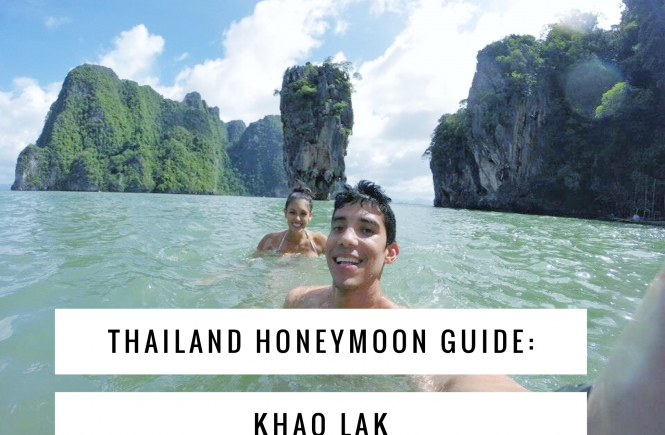 Alright guys, the last installment to the 3 part guide of our Thailand Honeymoon is here and its all about the romance. <3

Day 7: After traveling from Elephant Hills and arriving to the Sarojin we were so happy to be at such a gorgeous location.  June tends to be one of its rainy months so there was very little people on the property, which was a total bonus because we got upgraded to a suite that was bigger than most 2 bedroom apartments in Houston.

Once we got settled we went to the beach and layed out, then went on a wonderful dinner on the resort. 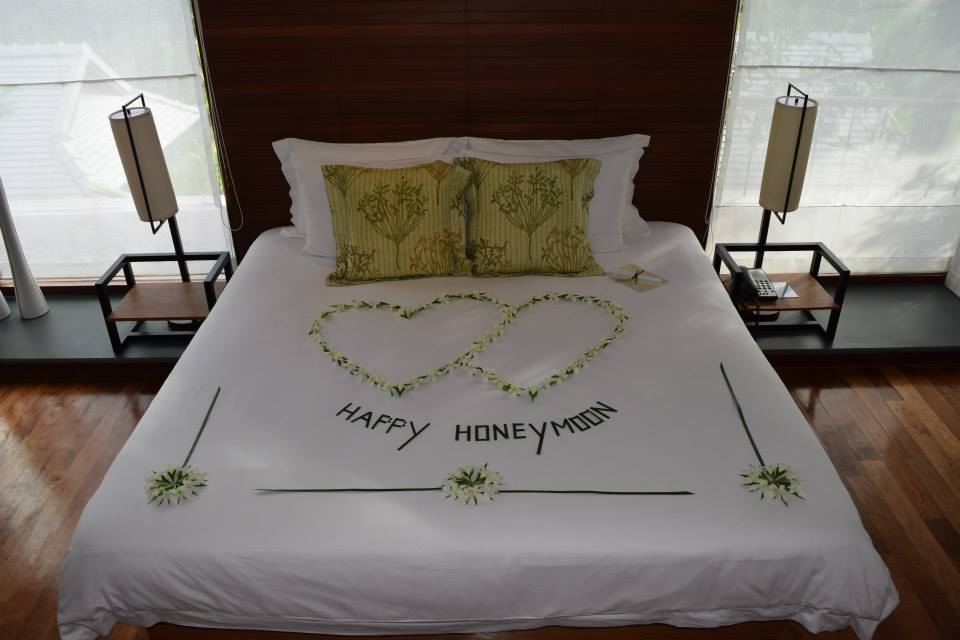 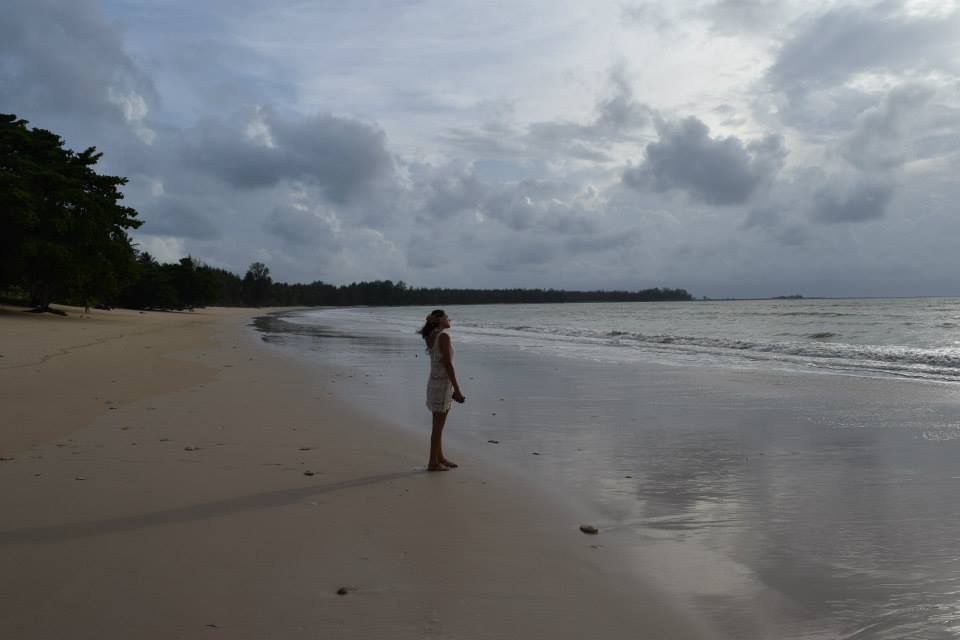 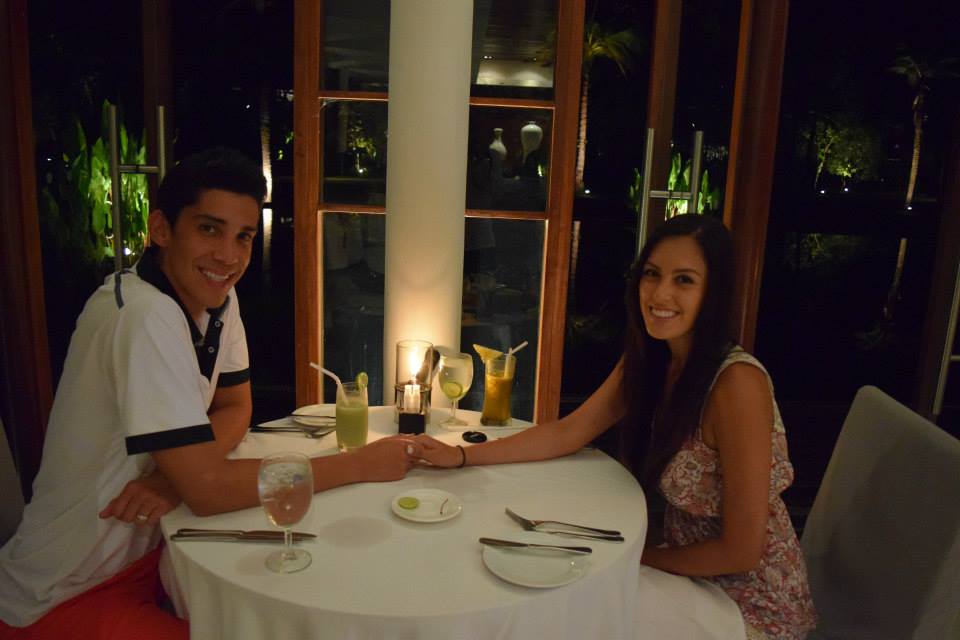 Day 8: This day was so fun because we spent the day on a James Bond Island Tour.  This was honestly my favorite day of the entire trip.  We got picked up bright and early from our resort and taken to our first stop, James Bond Island, but our tour guide and driver.  The great thing about working with a travel agency and having guides during the trip was that they really took care of us, and were with us each part of the way.

After about an hour in the car we stopped by a pier and jumped onto our boat and made our way to James Bond Island which is located in Phng Nga Bay in Phuket.  The island is called this because it was featured in the 1974 James Bond movie, “The Man With The Golden Gun”, and as of 1981 it became the most famous park of the park.  Since 1998 you can no longer physically go up to the formation due to the risks of erosion, but you can stop at the island where can shop, take tons of pictures and even swim.

Diego and I knew we were going to miss out on such a great selfie shot, so we both rain into the water and took tons of photos on our Go Pro.  Mind you we were literally the only ones in the water; it was so much fun!! 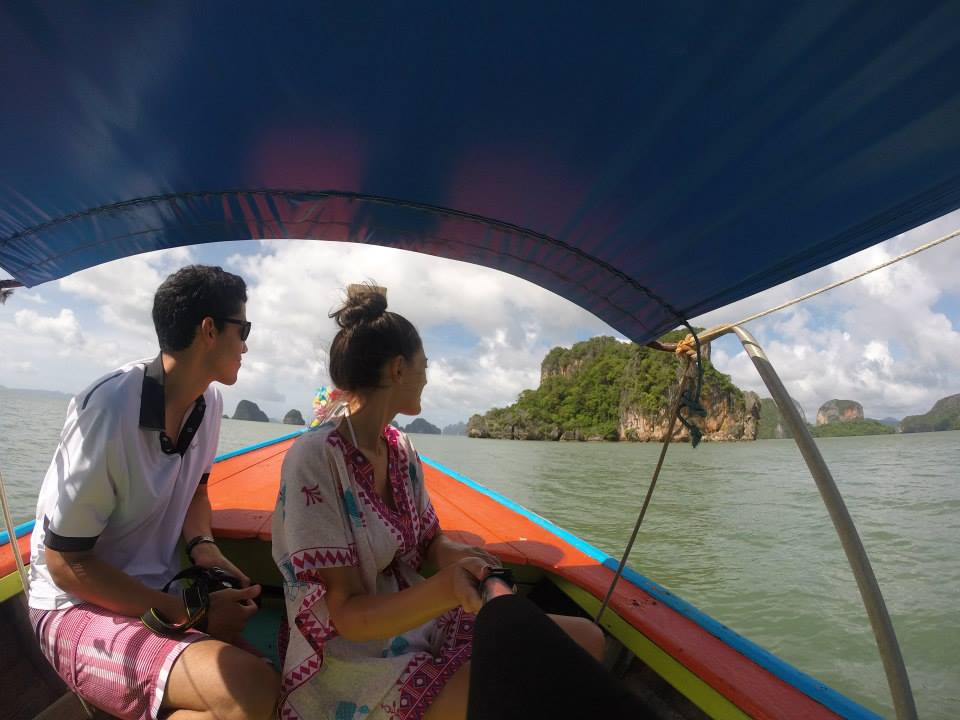 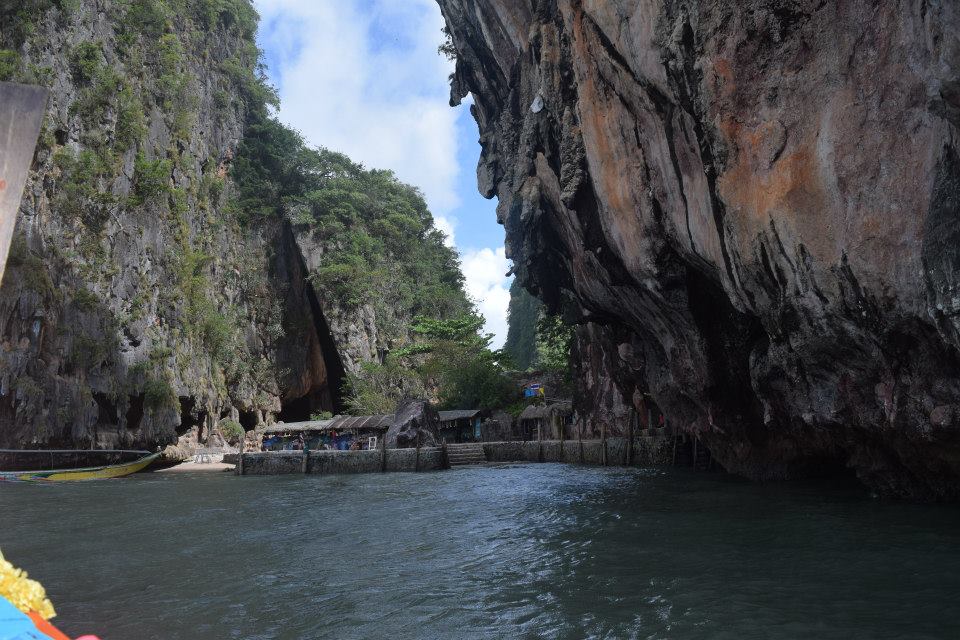 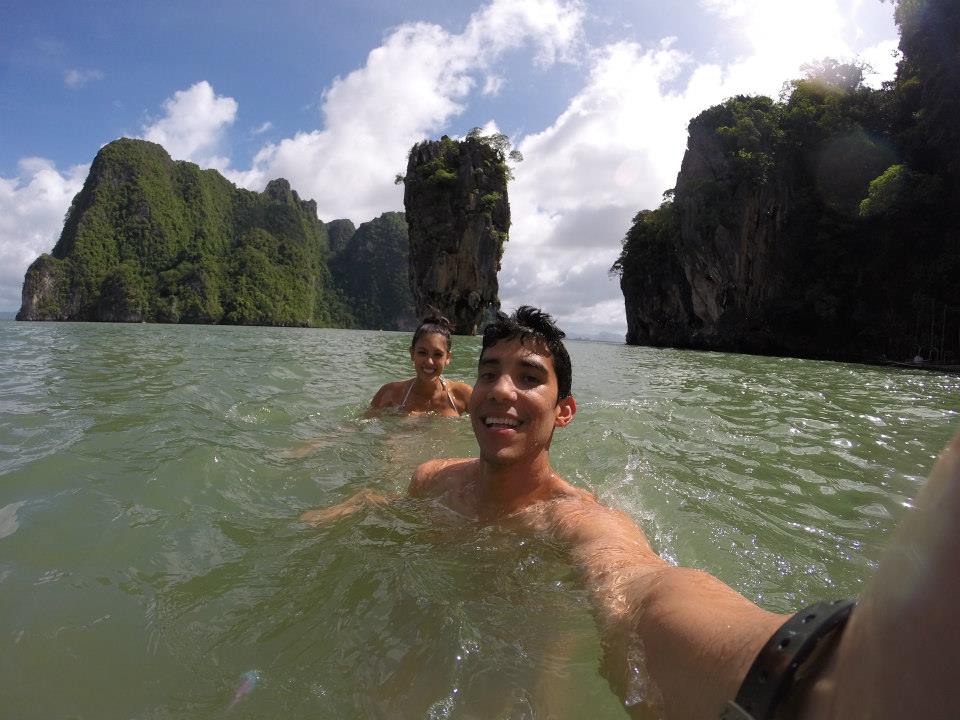 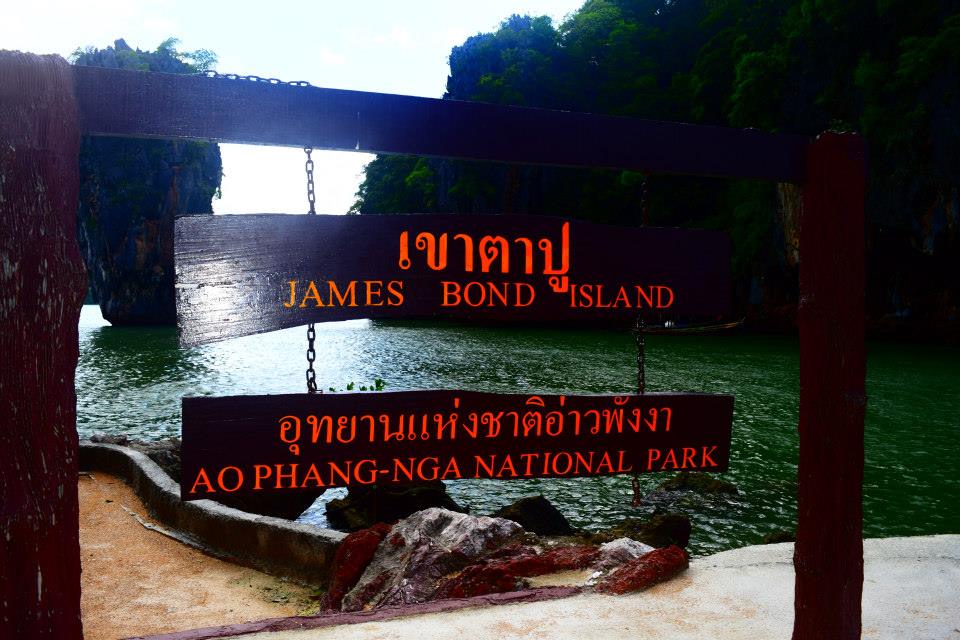 After we left James Bond Island we got taken to our second stop of the day which was at Hong Island – Phang Nga where we went canoeing around with our own rower to Panak Island.  It was a total of an hour and a half and there were dozens upon dozens of people in canoes around from different tour groups as well.  Diego and I felt very lucky that we had a private tour; we got to enjoy it so much more and go at our own pace. 🙂

We went through caves, ducked between the tiniest rocks, laid and just washed the sky, listened to the birds and sounds; nature in it’s best forms. 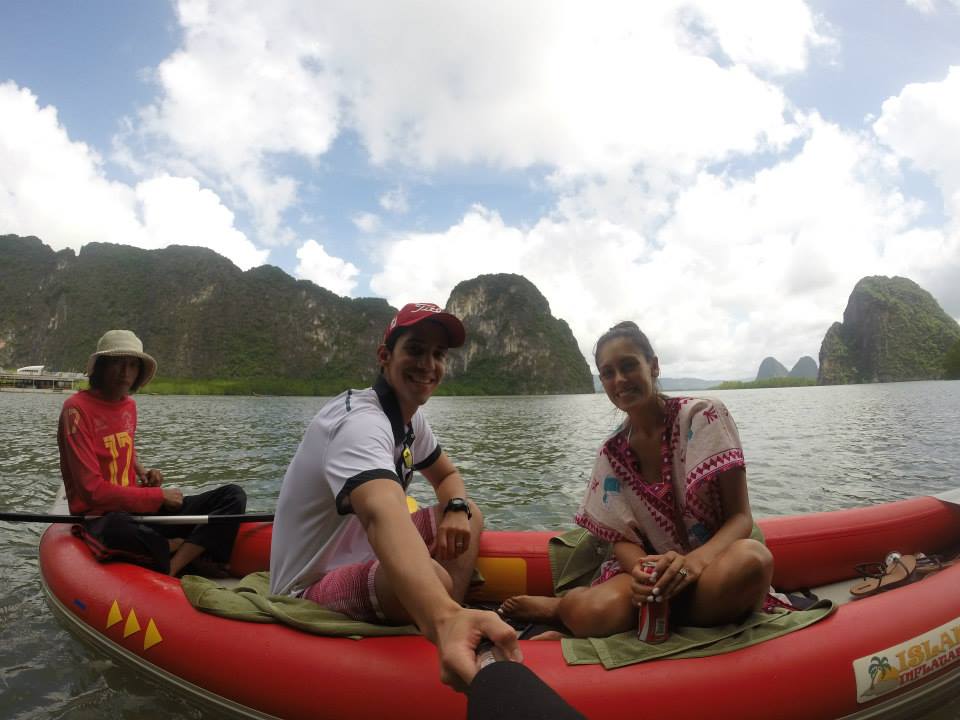 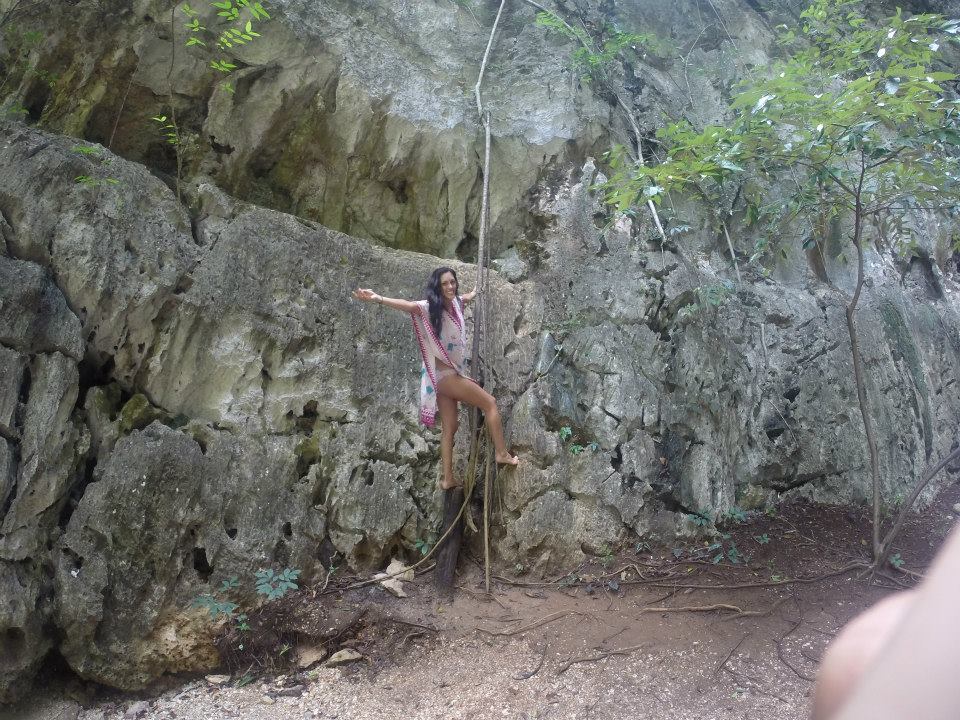 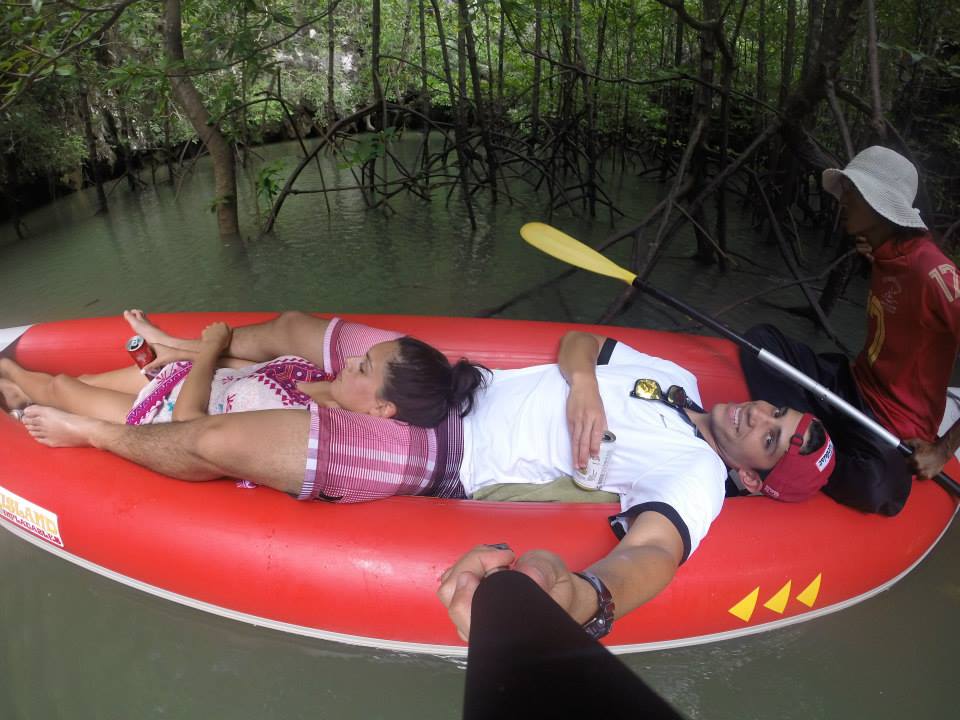 After the canoe tour we headed to Panyee Island, which is a muslim fishing village that has been around since the 18th century.  Our tour guide and driver took us through the village and then told us to shop a little bit while they got lunch ready.  Little did we know that when we got ready to go to the table to eat, they had set up a wonderful corner table with a plethora of food to choose to from.

If you want to know where we sat, just look at the picture below and we were in the first building to the right.  What a great view to see all the boats coming and going to the island. 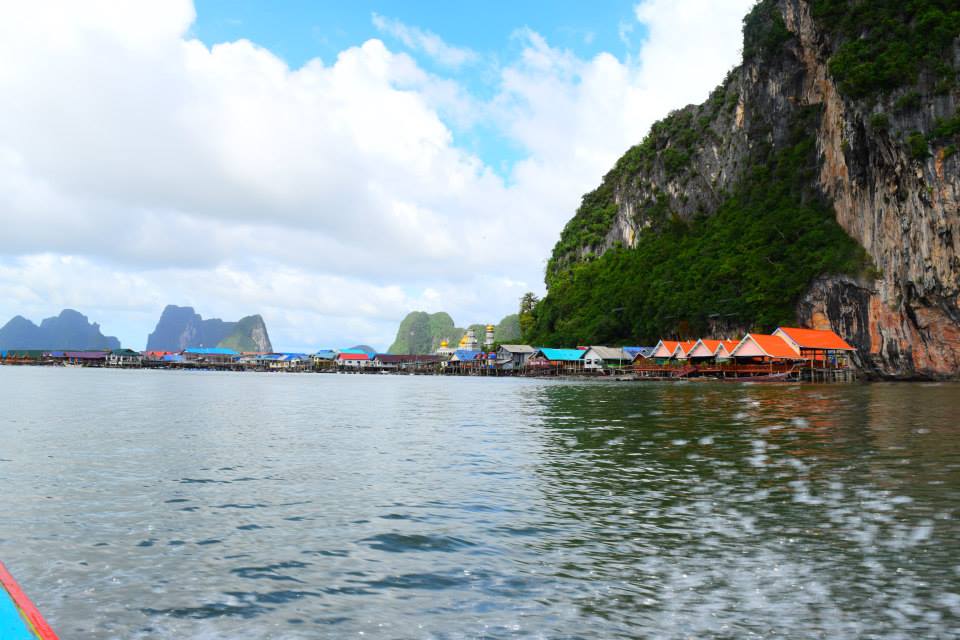 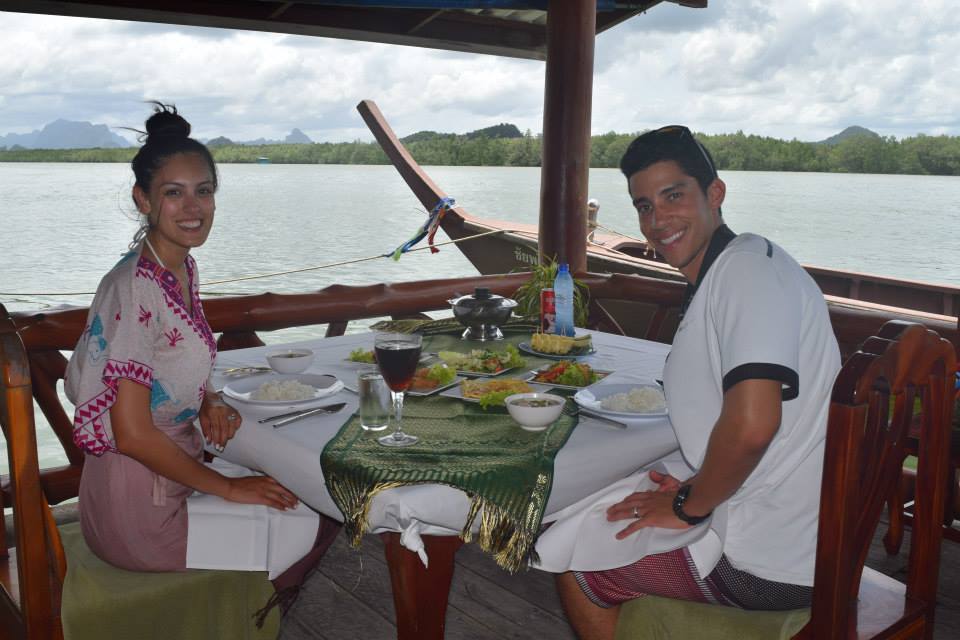 Lastly we were taken to a buddhist temple that was surrounded by hundreds of monkeys.  Guys, I was seriously so scared of them because they have no fear and do whatever they want. lol  If you have anything in your hand they WILL try to take it from you, so you had to make sure that you had things hidden. 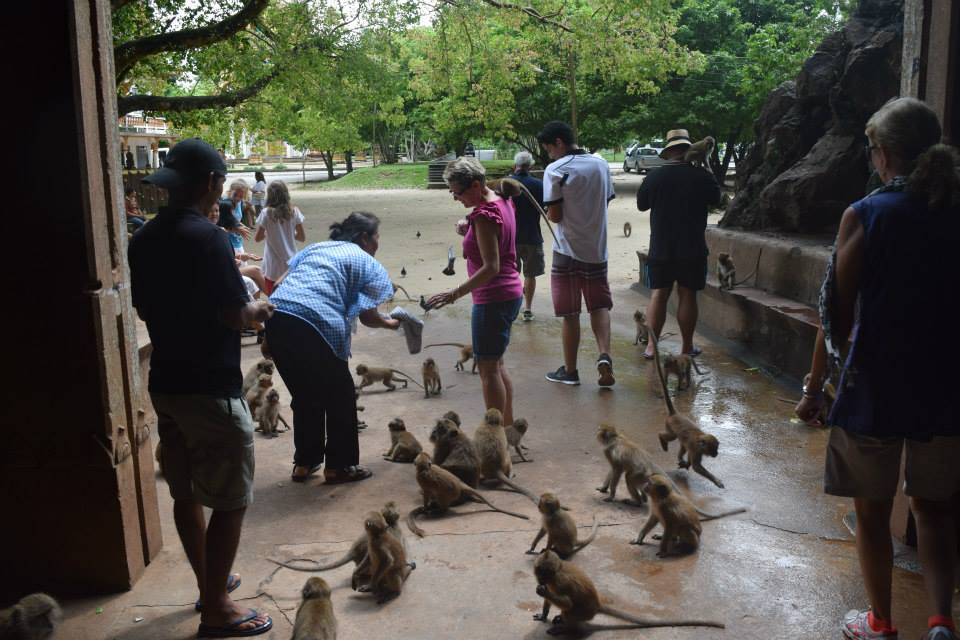 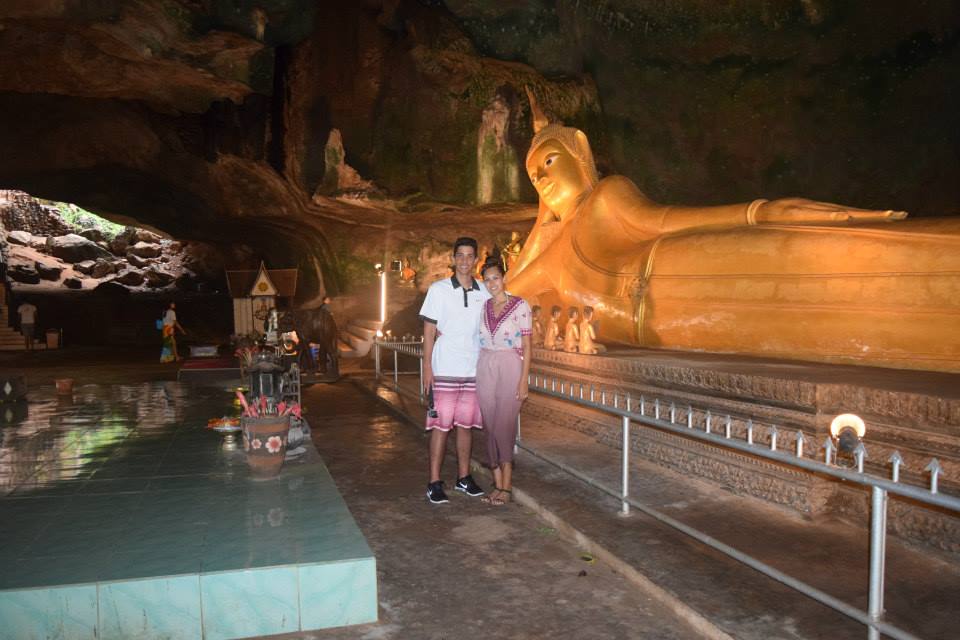 Day 9: This was our last full day in Khao Lak and it will always have a special place in my  heart as being the most romantic settings I have ever been in.

At the beginning of the day we just relaxed at the resort and took in the last bit of honeymooning we had left. 🙂 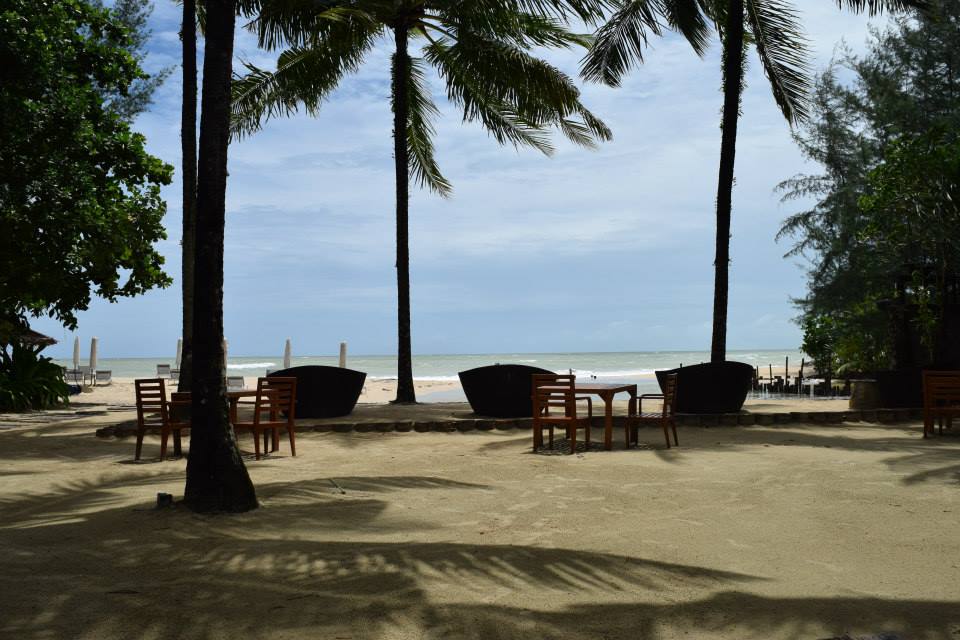 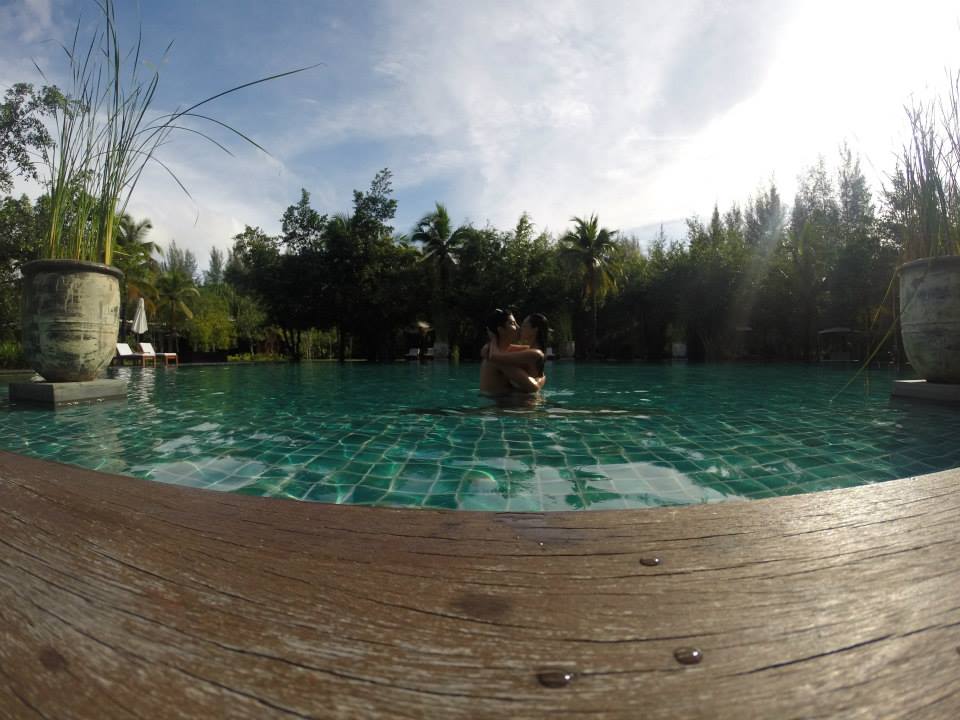 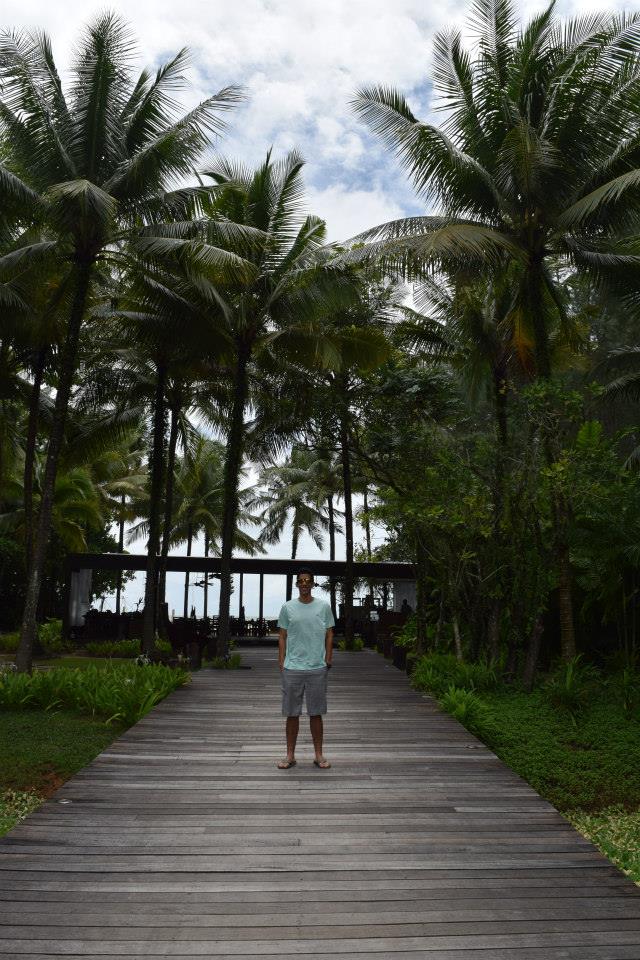 Now to talk about the most romantic part of the trip, and our last night in Thailand.

It was one of the most magical settings imaginable and they had only held 8 of these special evenings since their imagineers created the idea 2 months before we got there.  It is known as one of the most unique settings and experiences available in Asia.

We left the Sarojin in one of their luxury 4 x 4 Ford Everest Jeeps with glasses of champagne the moment we got in, and were driven 7 minutes to their local waterfall. Once we arrived there was a path that leads the way to the waterfall that is lit by candles and burners all the way until our dinner table.

The waterfall was surrounded by over 500 candles dotted around the rocks and surrounding the table “just for 2”. There was an additional day bed set up next to the water itself so we could enjoy a swim either before or after eating; we didn’t end up doing it though and now looking back we wish we had. We had our own personal chef and server on hand to cater our every need and a car and driver standby for when we wished to leave the waterfall to return back to the resort.

There were times that Diego and I just starred at each other and could not believe how lucky we were to have each other, finally be married, and be in the most romantic and exotic location ever. It left us speechless. 🙂

Mind you that these pictures absolutely do it no justice.  Diego had given me my Nikon as a wedding gift and I still didn’t know how to use it so the coloring isn’t perfect, but it was an absolutely perfect evening. <3 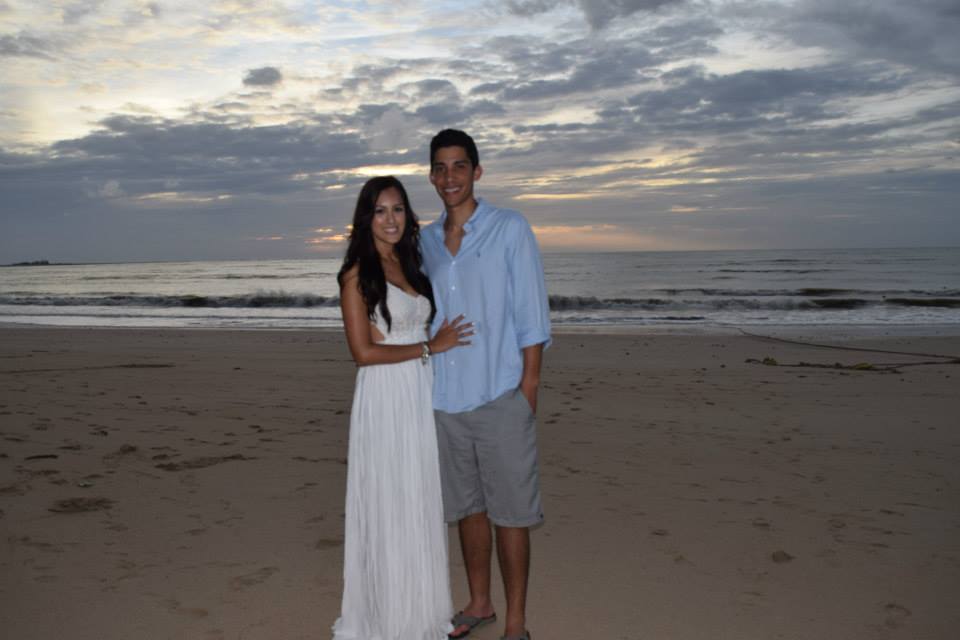 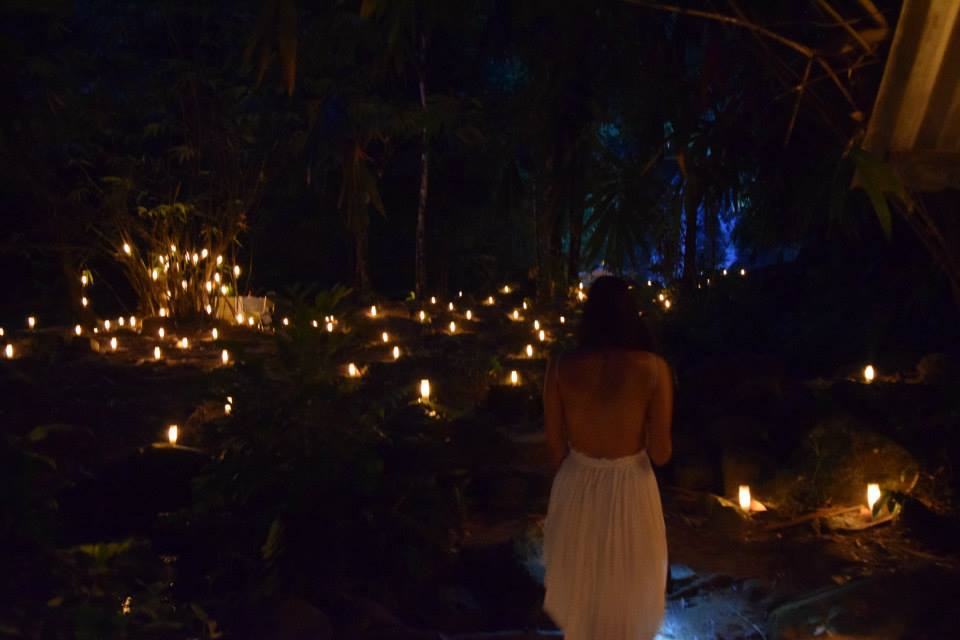 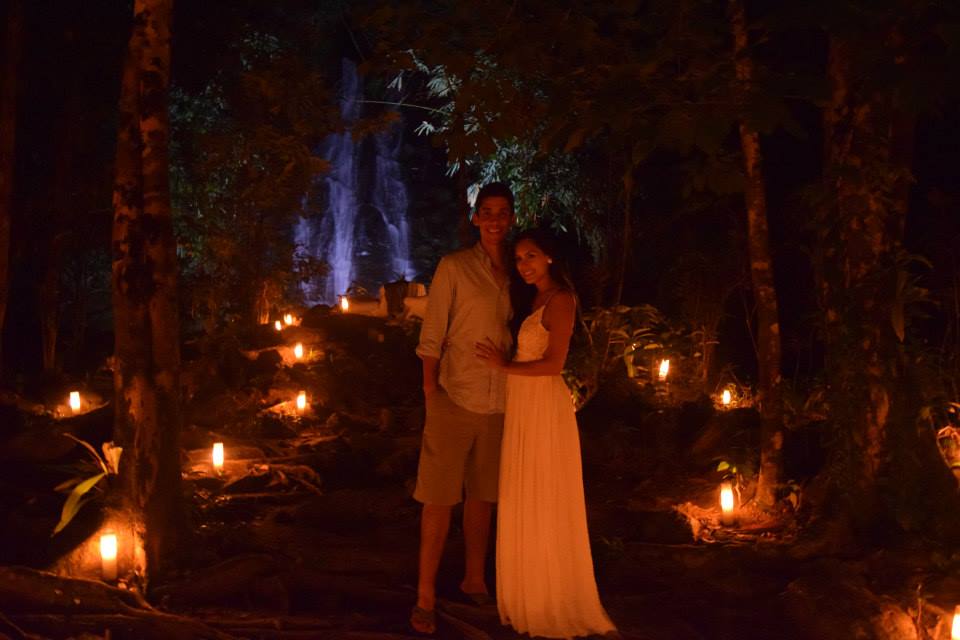 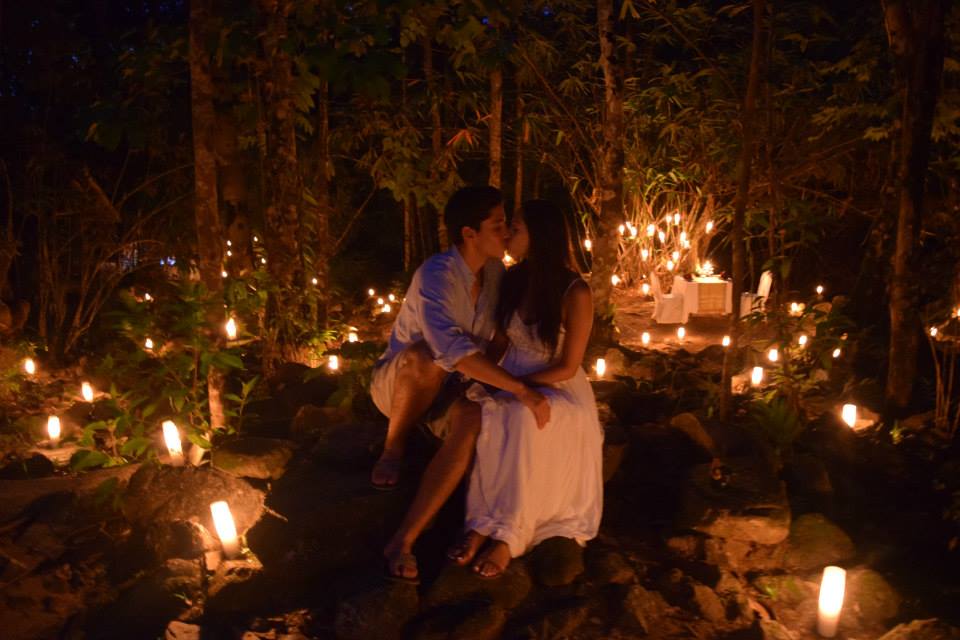 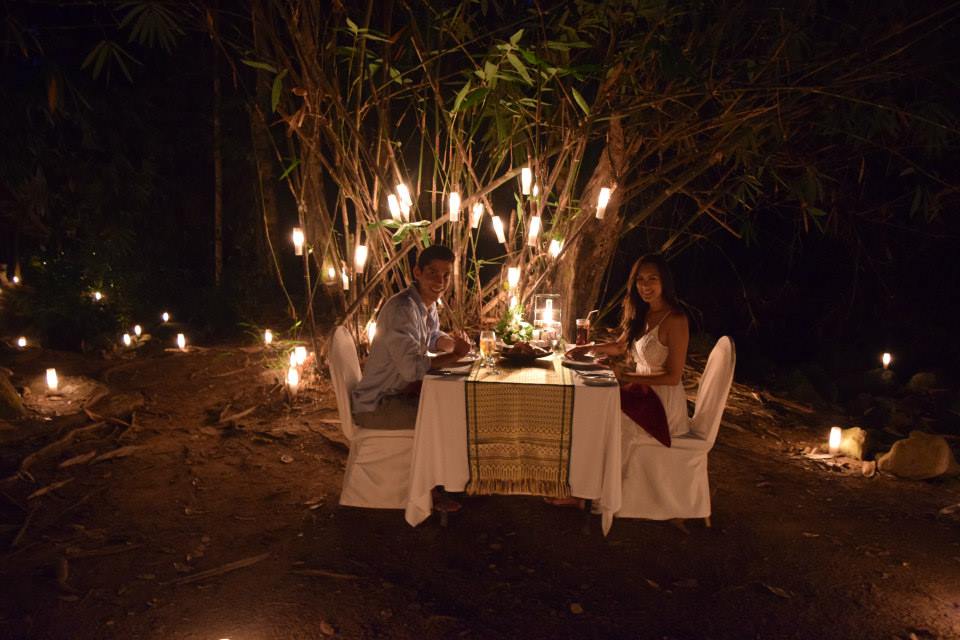 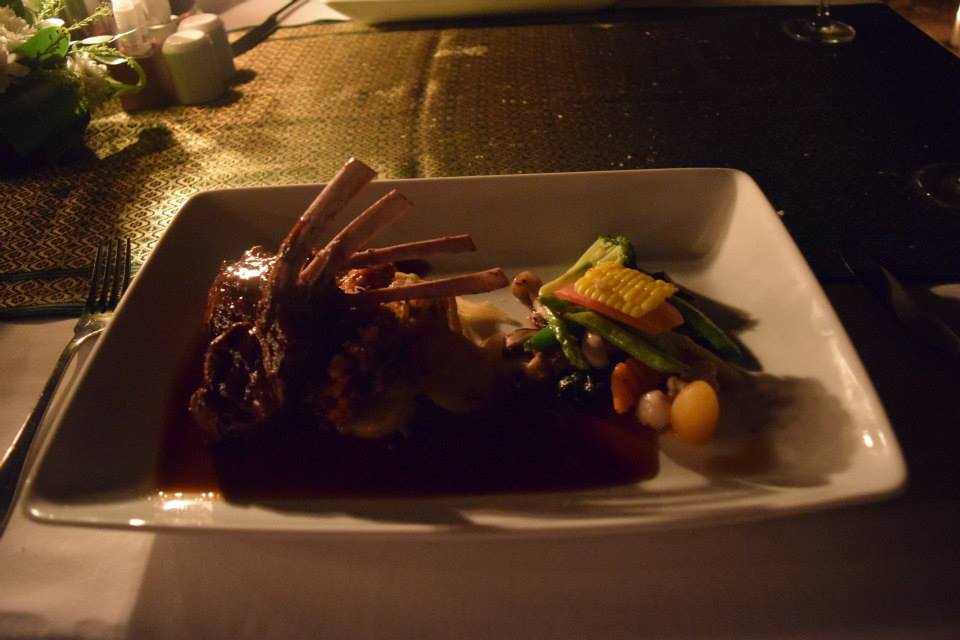 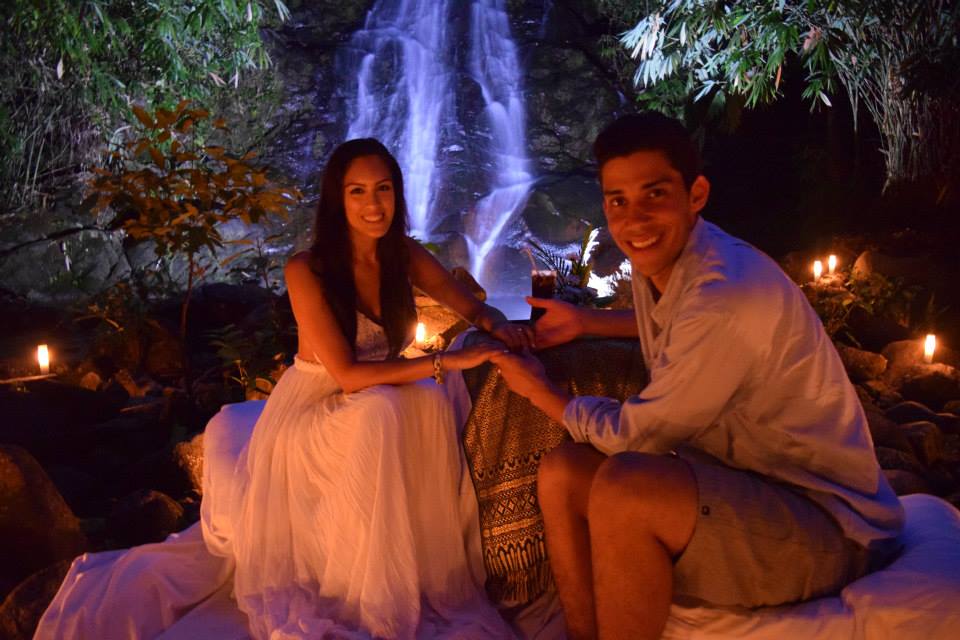 We have to give the biggest thank you to our travel agency Audley Travel who went above and beyond to make our honeymoon the best experience we could have imagined.  If you plan on traveling to Asia or any other countries I would highly recommend them.

Now, after this 3 part series you can view our trip first hand here.  Thank you for reading and following and to those who will be heading to Thailand I hope you enjoy it as much as my husband and I did. <3 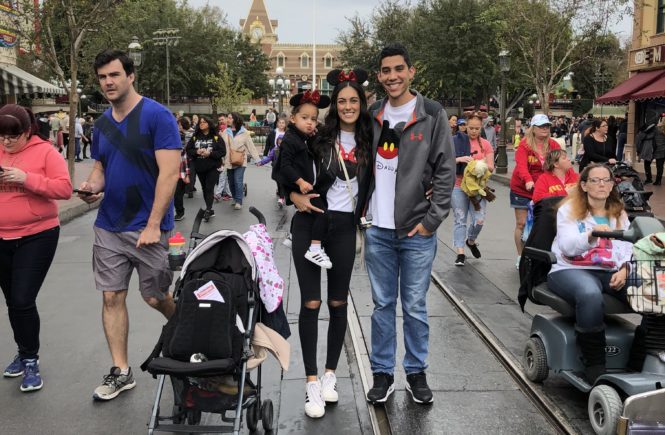 How To Enjoy Disneyland in Two Days With A Toddler 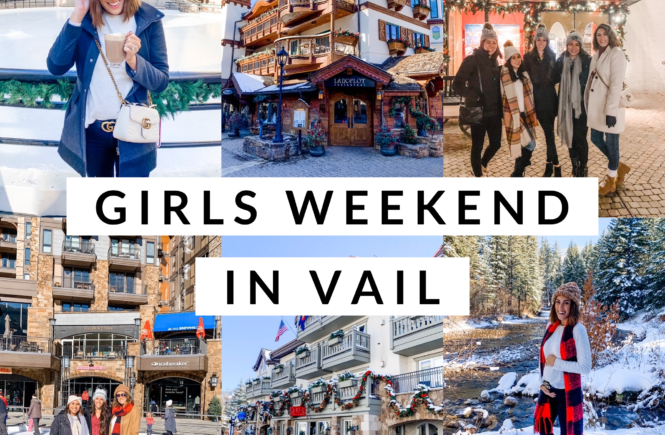 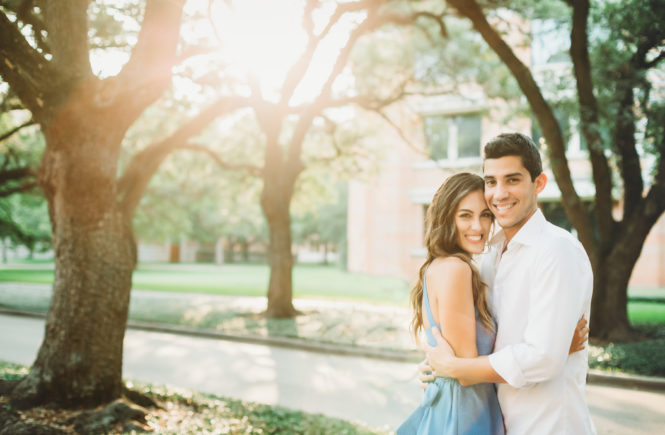