Mother Daughter Trip to Disneyworld in a Pandemic 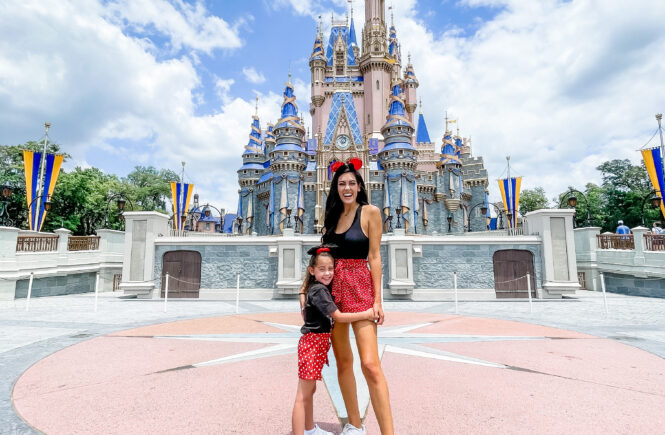 Two weeks ago Sofia and I headed to our first mommy daughter trip in almost 2 years.  The last time we went to Panama City Beach for a PR trip and it was so fun but definitely a lot of work with a 3 year old; this time around Sofia is 5 and I know we would just have the best time ever and create memories we would never forget.

We left on a Friday and skipped out on the last day of school because we were ready for an adventure.  Sofia has been talking about doing a mommy daughter trip for months now and she always would say she wanted to go to 3 different locations: Hawaii, Alaska and Disney…of course the first two are just not easy so Disney was just the perfect spot.  I know I could have taken her someone else but to be honest I have been wanting to go to Disney for awhile now too.

The last time we went it was in Paris 2 summers ago and it was just magical to have those memories and now with just the two of us it’s going to be even more in different ways.

We took the earlier flight on Friday at 6am to get us to Orlando by 9am and really start our day.  I booked the Grand Floridian thats right on the Disney property to make it easy to get to all parks and it was just cute and fun and lots of friends that have went highly recommended it. Once we arrived to Orlando it was a quick 10 minute drive to the hotel and I actually bought this under $40 booster seat for Sofia for the quick drive because I didn’t want to bring her actual car seat.

Once we arrived to the hotel we changed into our Disney outfits in the bathroom, checked in the hotel and since we arrived earlier the hotel held onto our bags and Sofia and I headed to MAGIC KINGDOM.  Once we grabbed our tickets and walked it, we were in the land of magic.

*masks must be worn at the entrance/exits, lines, inside any areas but if walking around the park you can take off your mask and social distance perfectly

*Stroller- depending on your child’s age or size this was a must for me. Sofia would get tired easily so I am very glad I brought it

*Masks for indoor use, in and out of park and for rides

Where We Stayed: Grand Floridian

We arrived that morning in Orlando at 9am, grabbed breakfast, changed and were there by 11-12 and met up with our two friends and their girls that we met at the PR trip 2 years ago.  When we first arrived we got greeted by a princess parade and all of them said hi toe the girls, it was so pure magic.  After that we saw the castle and jumped on the famous carousal, followed up with a Goofy ride (Sofia was not a fan-little fast for her and even me) and into a Goofy parade and then the Haunted Mansion which Sofia was all not liking because it was kind of scary.  Once that was over we grabbed some ice cream and Sofia and I headed back home to the hotel to get some dinner and enjoy the sunset. We ate at the Grand Floridan Cafe and I got the fried chicken; I definitely highly recommend it.

After breakfast at the case we headed to the mini beach at the hotel and took an hour to our morning to head to both the pools; adult and then the kids one which I honestly liked more because the water is super low and it’s more fun for the kids and parents. 😉  A thing to note at the adult pool is that have life vests for the kids which I really appreciate.  By 12-1pm we made it into the park and met up with the girls again for another fun day.  First thing we saw was the Frozen Sing-A-Long which was seriously so stinking cute I could not deal; the music, the funny punch line and the fake snow at the end.

We then went over to the Mickey & Minnie ride and to the Disney Junior Dance Party where Sofia was a dancing QUEEN!! I took a million photos of her and I cherish them.  Next was time for Toy Story Land which was so magical…I went to the one in Paris and of course it DOES NOT compare…this one is massive!!! By this time we were starving so we utilize the Disney App curbside pickup and grabbed some pizza and then made our way to the Star Wars ride where Sofia and I played the engineers and took us over an hour in line to get to ride; worth it thought because it was fun.

Since it took so long Sofia and I had to leave quickly and I had to power walk to Hollywood & Vine for our character dinner.  It is definitely not cheap ($55 for adult and $38 for kid) but Sofia loved every second & if you saw my stories you can just see it all in Sofia’s face.  We then came home around 845, ate our cake I brought home and got ready for the next day.

Sofia and I were dressed in our cheetah best for a fun day at Animal Kingdom; this was both our first times there and I was excited to see it all.  Our friend Laura was amazing during this whole trip because she knows all things Disney and for this day she got us VIP seating at the bird show where her friend Erick is actually a performer on it (insert star eyes).  From there we went check out the Maharajah Jungle Trek and then made our way to the Dino-Rama to ride the dino ride which was more Sofia’s pace. 🙂

The next ride was one that I definitely believe was not the right fit for Sofia.  We went on the Avatar ride, which by the way is one of the most spectacular visions of animation on a ride I have ever even on.  With that said it is extremely hard for a little kid and even for me.  It was about 4 minutes and Laura and I needed to calm Sofia so she could make it though.  Laura was rubbing her back and I just held Sofia with my hand and talked her though the whole thing while telling her to keep her eyes clothes…I was so proud she mad it through and she felt the same after.

Next we toured AK some more and even got a close up view of the famous Circle of Life Tree which is even more magical in person.

Last day and we wanted to hit up MK one more time and I could’t leave without a Dole Pineapple ice cream. It was right across from Swiss Family Robinson so we made sure to go there afterwards, two times because there was no one going to it. lol  After we had to hit up The Little Mermaid, Rapunzel’s area, It’s A Small World and Peter Pan (all next to each other). 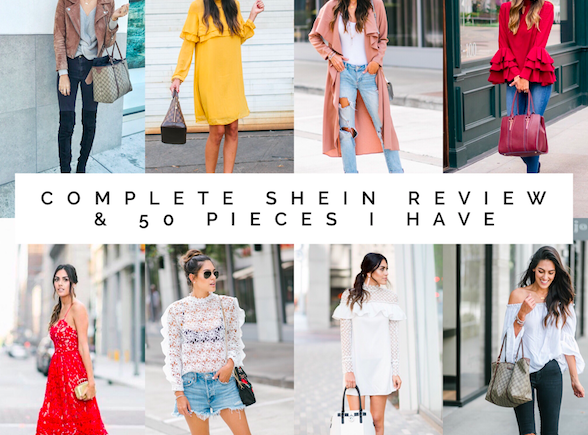 What You Have Been Asking For: My Shein Review & 50 Pieces I Own 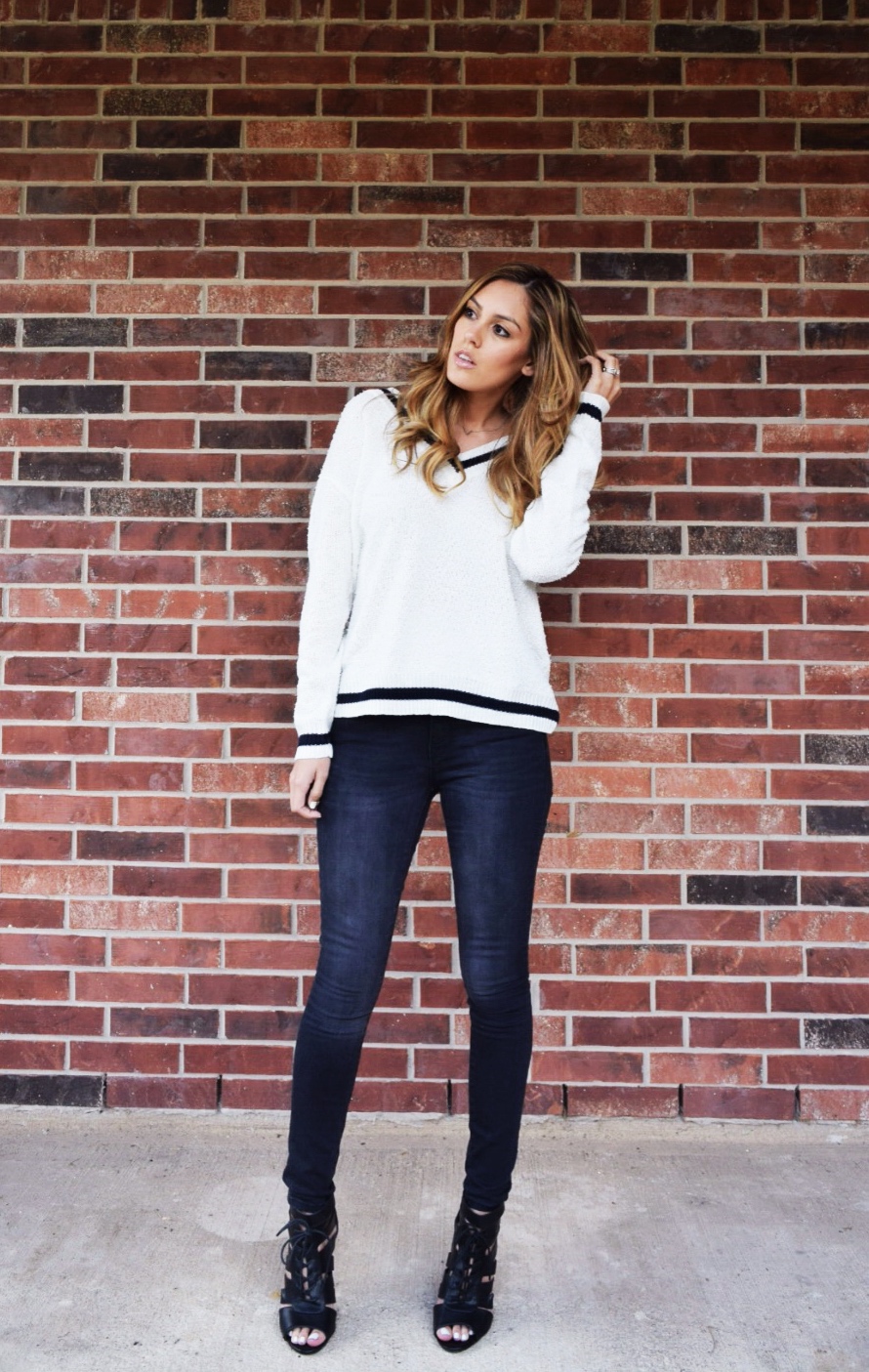 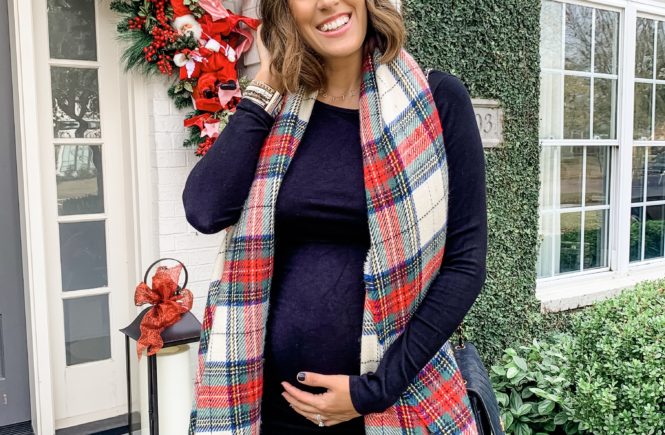